A leaked Ministry of Health (MoH) draft strategy document aimed at addressing key issue brought up by the Behavioral and Biological Surveillance Survey (BBSS) on HIV/STI among selected high risk sub-populations in Botswana may force female sex workers to go underground if adopted. The BBSS survey which was released recently sampled high risk populations which include female sex workers, men having sex with other men and people who inject drugs to estimate the incidence and prevalence of HIV among them and to estimate the size of their population.

The controversial leaked draft strategy, prepared by the Permanent Secretary, Ministry of Health sent media and civil society into a panic with recommendations that include arresting local female sex workers and deporting their foreign counterparts. The strategy further recommends the profiling and referrals of these sex workers to MoH for medical interventions. Foreign sex workers with valid documents would have their days revoked and deported. Those with valid work and residence permits would be charged and a recommendation made to the minister for consideration to cancel their permits. Furthermore the document indicates that the police and Department of Immigration will use Section 179 of the Penal Code which reads; “Idle and Disorderly – Any person who being a common prostitute, behaves in a disorderly or indecent manner in any place,” to charge anyone found to have contravened it.
The draft claims that the strategy was drawn from a consultative meeting which included the  Police and Immigration, MOH and the National AIDS Coordinating Agency ( NACA).

Botswana Network on Ethics, Law and HIV/AIDS (BONELA) Executive Director, Uyapo Ndadi voiced out his disappointment at the MoH for having asked for the input of the sex workers in conducting the study, only to later on turn around and criminalize them using the same study. “They are going to feel used by government because they helped them to carry out the study. They got the information they wanted now they want to harass and deport them,” he said.
He stated that the proposed stringent measures will force the sex workers to go underground as they will not feel safe anymore. “By so doing, they will then not have meaningful access to prevention measures and treatment,” Ndadi noted, adding that such strategies will have negative implications on the health sector and regress efforts made so far in preventing the spread of HIV/AIDS in the country.

The draft strategy also implicates BONELA as a potential partner in its execution.  Ndadi stressed,  “as BONELA, we feel violated, shocked and aggrieved because we don’t understand why government would want us to assist them in leading their campaigns while our stance on the rights of sex workers has been very clear.”

Asked whether there were any human rights conventions, covenants and agreements that Botswana is party to that the strategy may compromise, Ndadi expressed concern that MoH is coming up with a range of measures aimed at taking away people’s rights. “First, it was the Public Health Act that forces people to test for HIV and forces them to disclose their HIV status and now this! This should worry all citizens who care about the dignity of inhabitants of Botswana,” he stressed. He said international communities and donors always emphasize the importance of human rights, which he said were unfortunately infringed upon by the strategy.

Commenting on the issue, Lesbians, Gays and Bisexuals of Botswana (LEGABIBO) Coordinator, Caine Youngman said his organization was shocked and disappointed because the study that the Ministry used to come up with those strategies, was initially meant to find out the prevalence of infections among sex workers in order to identify necessary interventions that would help towards achieving no new infections. “It is going against everything that the study stood for. How are they going to prevent new infections if the key population is suppressed? As LEGABIBO, we are doing the best we can with limited resources but we need help, there is a lot that still needs to be done,” he maintained.
He said it is surprising that the government is still adamant that they will achieve Vision 2016 while they are doing things that go against some its pillars. “The National Vision 2016 stipulates that there will be no new infections and that we will have a discrimination-free society, but that is not going to be achieved because these strategies are stigmatising the concerned parties,” he said.

When asked if it was ethical to include sex workers in a study and later turn around to use it against them, MoH HIV/AIDS Director, Dr Refeletswe Lebelonyana dismissed the strategy as simply a draft that was not even supposed to have been leaked to the public.

Speaking at a press conference on Monday, Dr. Lebelonyana refuted allegations made by some local newspapers that foreign gays would be targeted and deported. She maintained that this was never part of the strategy as it was only focused on female sex workers since they were the sub-population most affected by HIV in Botswana.

She stated that as MoH, they are not involved with law enforcement, but do everything they do within the laws of Botswana. “What law enforcers would be doing is to do with law and nothing to do with MoH. We, as the ministry just wanted to be able to provide them with services,” she said.

She noted that there is need to address the source of the problem, and maintained that MoH is concerned about the health of every Motswana regardless of what they have done or who they are. She said that is why they also visit the prisons to provide medical services.

However, in his response to Dr Lebelonyana’s remarks, Ndadi said that “It is immaterial whether the document is in a draft stage or not. What is material is that government departments have agreed to the range of measures. Luckily, we knew of this beforehand so that sex workers and gays can know what is coming their way. I hope government retreats and stops breeding stigma, discrimination, homophobia and xenophobia.”
Government spokesperson, Dr Jeff Ramsay declined to comment, saying he had not yet seen the said strategies.
DITSHWANELO and the National Aids Coordinating Agency were not available for comment at the time of going to press. 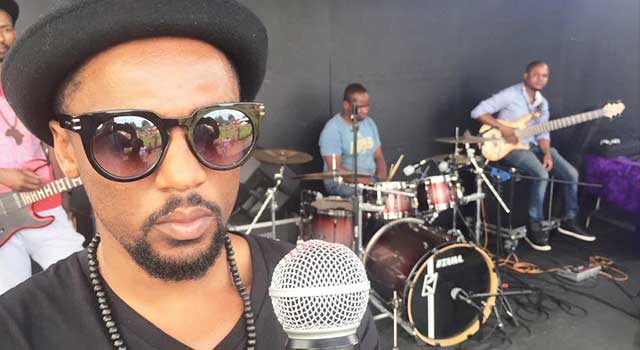