Botswana’s  talented actress Lerato Motshwarakgole continues to shine  in the South African film and theatre industry with her recent nomination for  the category  of ‘Best Supporting Actress’ in the 2014 KykNet Fiesta Theatre Awards for the site-specific production of ‘Land Van Skedels’ directed by Nicola Hanekom.
“It is such an honour to be amongst the nominees and I am mostly excited because I haven’t been doing theatre in a long time. When I finally decided to work with Nicola Hanekom,  I got nominated,” the elated  Motshwarakgole said in an exclusive interview with Time out.

She played the role of an intellectual, black woman named Bokamoso who is  the voice of the black South Africans. “Bokamoso was confrontational and the role was quite controversial but I am glad it all went well,” the Johannesburg-based actress said.
The other nominees in the category include Hanle Barnard from Land Van Skedels, Lee-Anne Van Rooi from Bidsprinkaan and Mary Dreyer from Wie Drink Wat? The nominations are presented to an independent judging panel who have attended all the productions. The panel then chooses the four finalists and the winner in each category is chosen through a public voting process.  The winner of the sought after golden statue will be announced on the 13th February at the prestigious 2014 KykNET Fiesta Awards ceremony at the iconic State Theatre in Pretoria.

The KykNET Fiestas awards honour the best artists and productions that debuted in September and October last year and are also committed to the development of the Afrikaans arts, culture and entertainment scene in South Africa.
“The Fiëstas is a yearly creative highlight for kykNET.  It is a privilege to bring together so many artists for a celebration of their work, careers and the contribution they make to the South African arts and entertainment landscape,” said Karen Meiring, Director of Afrikaans Channels.

Nicola Hanekom is an accomplished South African actress who has written and directed plays and physical theatre for stage.  She has appeared in various television shows such as Isidingo, Charlie Jade, Plek van die Vleisvreters and Transito for kykNET. 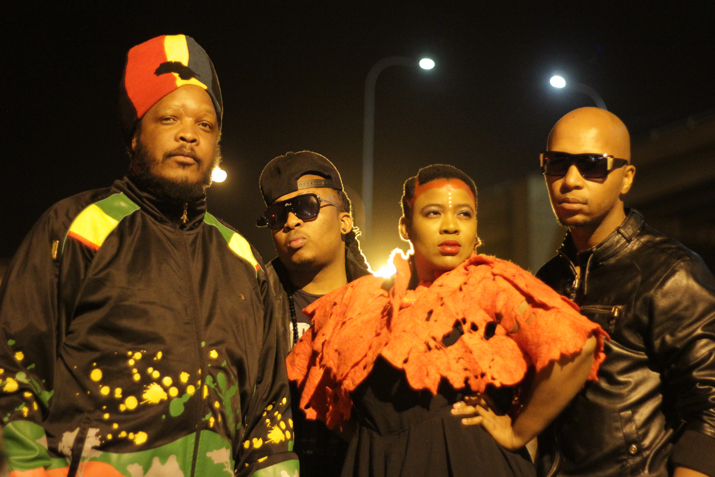