Many lessons can be learned from the ended Zebras’ disastrous 2014 World Cup Qualifiers campaign. Thus, from experience and for the betterment of our future play, such should be looked at;

Personal scouting trips to analyze the strengths and weaknesses of teams are vital when preparing to face them. Using television footage can only limit access to what really goes on behind the scenes; therefore, a coach has to be in attendance to get a closer look at the atmosphere of the stadium and also to get firsthand experience of the opponent’s stadium.

The Zebras technical team did not go on personal scouting trips to study their opponents before the World Cup Qualifiers started last year. Football analyst Jimmy George told Gazette Sport that the coach should have been assisted by helping him travel to watch his opponents in action.

“Watching DVD’s is not the ideal way to analyze your opponents. A coach has to analyze a game in person to know whether the opponents’ fans are hostile or not. This would have helped us in terms of psychological preparation for difficult away games. For example, Ethiopia’s fans always influenced the tempo of their home games because they were hyped up and that energy made their players respond in an emphatic manner on the pitch,” explained the analyst.

George added that for future games, the local technical team should be given all the resources to scout their opponents and be on par with other international coaching staff.

Mogogi Gabonamong’s player welfare grievances have been well documented in the past few years. The player went on a 10 month self imposed exile to deal with his personal matters, however, many stated that the player was away from the national team because of poor player welfare conditions provided by the local association.

Before the first game against Central African Republic, many senior players such as Gabonamong, Jerome Ramatlhakwana and Dirang Moloi were not available for national duty as Tshosane fielded a side full of inexperienced and out of position players. Prior to the Ethiopia game in Addis Ababa, the Zebras players had reportedly been on strike and their performance in the 1-0 defeat was down to a combination of poor preparation and a lack of focus from the players.

“A lot of high profile players are retiring at a stage where they still have a lot to offer, an indication that   clearly something is wrong. The players are running away from something. There is no clear form of communication from the BFA to inform the fans and the media why the players are retiring. We have lost important players such as Dipsy Selolwane, Mompati Thuma, Ndiyapo Letsholathebe and possibly Gabonamong. If our situation does not improve, we might lose more valuable players as time goes on,” continued George.

The importance of friendly games on FIFA dates

Zebras’ inactivity during numerous FIFA dates has contributed to their decline in the FIFA World Rankings. The side is currently ranked 104th in the world. The low rankings have also resulted in a place in the lowest possible seeding for the 2015 AFCON Qualifiers draw which will take place. A place in Pot D will surely result in a tough draw against top seeded team from the continent.

“We have seen that Botswana struggles to find top level opponents. A suggestion would be to organize training camps during FIFA dates if there are no opponents. That would give the coach a chance to work with the players and get the right combinations for the side. It would definitely be a good alternative as opposed to having no activities during FIFA dates,” he concluded.

Did we deserve our lucky charm?

The UB Stadium has always been the national team’s ‘good luck charm.’ The team used the stadium for three years and they have never been defeated while using the stadium with teams such as Tunisia, South Africa, Togo, New Zealand and Chad.

The Lobatse Sports Complex has been used since last year and the National Stadium is available again. Many have argued that the two stadiums’ ability to manage larger crowds is an added advantage to generate revenue for the association. However, teams such as Italy, SA and Wales have been using smaller stadiums despite the availability of larger stadiums in their countries.

Italy mostly uses the Juventus Stadium because of its electric fans atmosphere despite the availability of the San Siro and the Stadio Olimpico which both have a capacity in excess of 80 000. SA on numerous occasions uses the Moses Mabhida Stadium because of their good record in Durban while the Welsh national side uses the Cardiff City Stadium despite the availability of  the Millennium Stadium. 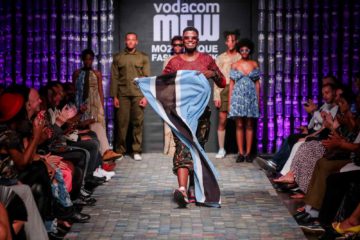