While it might appear that Botswana’s banking sector has made headway in facilitating financial inclusion, there remains a grey area in the provision of a supportive environment to ease such, especially because there are different levels of inclusion. In this case, inclusion means sensitizing the population on financial literacy, accommodating varied income levels into the banking system and increasing the footprint of banks particularly in rural areas.

One of the companies that seems to have a keen interest in financial inclusion is pan African financial services group, Letshego Holdings Limited which has been operating in the local market for the last 15 years. The 2013 KPMG African Banking Industry customer satisfaction survey estimates that only 24 percent of Botswana’s two million strong population is banked while 38 percent has the potential to be banked and 14 percent is an entirely untapped market.

In a press statement released last week Letshego disclosed the launch of “Nziza” – which is Kinyarwanda for “nice” or “joyful” – savings accounts and fixed deposits in Rwanda. Rwanda is home to one of 10 subsidiaries owned by Letshego, though unlike other subsidiaries it does not operate on the financial services group’s successful payroll deduction lending. It has therefore been operating only as a regulated credit lending company. Rwanda is the second country, after Mozambique at which Letshego has commenced its deposit taking initiatives.

While pundits believe that the same facilities are needed in Botswana to improve financial inclusion, Letshego has not been able to do so due to the un-supportive licensing regulation which discourages the set up of a strictly deposit taking facility. That being the case, it is important to find out what alternative ways can be explored to drive financial inclusion in Botswana.
In an interview with Gazette Business Head of Corporate Affairs at Letshego Mythri Sambasivan-George said financial inclusion services differ across the countries Letshego operates in. She added that in Botswana the housing micro finance product also facilitates inclusion because it caters for people who are not typically serviced by regulated financial institutions. Sambasivan-George said housing micro financing involves a partnership with construction companies and is anticipated to give customers a better deal in the sense of lower building material costs. Micro financing groups like Letshego charge higher interest rates compared to banks at about four to five percent more than what commercial banks charge. However, Letshego’s Chief Executive Officer Christopher Low defends the extra cost, saying there are no extra fees and that customers experience a quick turnaround.

“That extra cost is for the package that we are offering, not purely just for the loan. Customers generally will accept that,” he said.
He emphasized that a brand is more than just about price but is about everything a company offers. Sambasivan-George revealed that Rwanda’s smaller base, of about 2300 customers, makes it ideal in comparison to other subsidiaries to serve as a pilot in the fixed and current savings account, given the enabling regulatory and legislative environment that exists there for financial inclusion.

“The National Bank of Rwanda has declared that it wants to meet the 2020 Millennium Development Goals by, amongst other things, increasing financial inclusion to 80 percent by 2017. Already by around 2012, Rwanda’s formal financial inclusion had come up to approximately 50 – 60 percent,” she said.
She added that Rwanda is where the financial services group will test the capability of the banking system, which she described as simple, following which it will be modified as necessary and introduced to other countries.

Making healthy food choices is of the essence under lock down 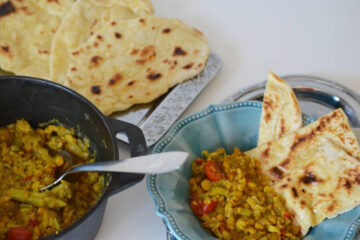