The need for change always seems necessary at the beginning of every year. Almost without thinking about it, many people gravitate towards life changing decisions during this time largely because they want to improve their lives or correct some mistakes that they made in the past. The urge for change is usually created by the natural progression of time. However, it is important to make sure that such changes are effected after careful consideration, especially of the resultant financial implications and impact on the budget.

Most life changing decisions usually come in the form of New Year’s resolutions, which are often derailed and forgotten a few months into the new year as new challenges crop up. The beginning of the year is probably the only time when people introspect and evaluate their lives to see if they are making progress or regressing. During such times, people typically resolve to embark on life changing decisions like buying a house, getting married, starting a business, changing jobs and even changing diets. The list is not exhaustive, but these appear to be more popular than the rest. Of particular interest is not the change itself, rather how the new change will be managed.

Personal finance expert Nelson Letshwene believes changes should not be effected immediately but must be thought out and planned at least a year or two in advance.
“This will ensure that people are financially ready to effect such changes and don’t just act on impulse because of the falsified need for change,” he said.
Letshwene also stressed that it is important to draw up a detailed budget that specifies how the additional expenses that come with change will be paid for.

“It is important to make sure that any new changes do not disrupt your daily routine, negatively affect any other existing plans or make other areas of your life suffer,” he said.
He added that people must keep in mind that life has to go on because there are things that still have to be paid for, which therefore means that any changes made must not be treated in isolation. He also advised people to discuss their plans with others who may be affected to enable them to share the burden and adapt. 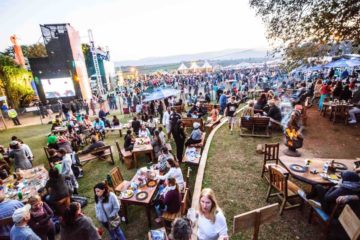