Local basketball team Dolphins is steady producing young stars who are billed to represent Botswana in the popular sport. Churchill Barrows is one such star in the making.
The Mahalapye native, Barrows has been playing basketball since his primary school days in 2004 and is currently making waves in the basketball arena. His confidence on the court has set him apart from other young players in local basketball. He was recently discovered by an Angolan diplomat who spotted him in a league game in Botswana and was later invited for trials in Angola in a bid to turn him into a professional basketball player.

“I was playing during a league game where some basketball scouts were present. I guess the guy liked what he saw and the following week he asked to practice with our team and the team obliged. He continued to monitor me, even when I went to tournaments in Swaziland and Zimbabwe. I was finally approached by a scouting agency in Angola who invited me for trials”, Barrows shared with Gazette Sport.

“It did not happen overnight, it was a continuous process. But when I got that phone call to come for the trials, I was ecstatic. All I wanted to do was impress so I could turn pro.”
The 23 –year- old basketball powerhouse boasts an impressive score sheet. Throughout his basketball days, he has represented Botswana in the under 17 national team in 2008, attaining a silver medal in the COSSASA competition, the under 20 national team in 2010 as well as the senior national team in 2011. Barrows has also been winning the BISA national championships through his Maru-A-Pula high school team from 2005-2009 scooping gold medals. In 2010 he was selected for the College national team for UB. He has also been playing in the Botswana Basketball Association League (BBAL) All Star games every year since 2011.

Barrows, who currently plays forward for Dolphins, has played a valuable role in the team’s wins in the league that ended in December. Besides scoring points, the young player is known for his flexibility in being able to play in all areas of the game. “The position that I play is usually reserved for the more athletic player who jumps and runs a lot. Even though I can play all positions, I depend on my team mates to help win the games. There is no ‘I’ in basketball and there is certainly no ‘I’ in a team. My team mates and I know each other’s strengths and weaknesses therefore we are able to play well together and make those dunks.”

Barrows cited the goals that he has set for himself to raise the Botswana flag and stamp the country’s presence in international basketball as his ultimate motivation for playing. The star in the making says locally, he looks up to veteran players Ratanang Tsayang of Troopers and Dumi Mhlanga of Cadets, who in his view, are the best players to come out of Botswana. “I look up to these guys for their skills and passion for the game. But you better believe I will outdo them and end the debate!” he says.

The Angolan team  has made  Barrows an informal offer, promising him a full contract after another trial in July, on condition that he continues to maintain his winning ways and gain a little bit of weight to be in excess of 80kgs.

Masisi under pressure to squeeze more from de Beers 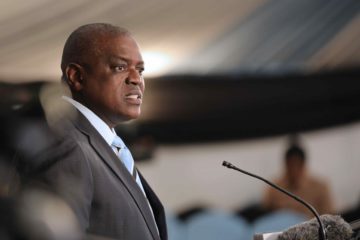