Following months of preparation, 10 local designers finally showcased their works on the Lansmore runway this past weekend. When the show started, there were light showers of rain on the rooftop terrace runway and unfortunately the show had to be moved indoors to the conference room of the hotel. Despite the bad weather the show was able to carry on as planned.
Although the designers’ collections were nothing groundbreaking and new, it was their finishing that carried the Wow! factor. The garments were well cut, the stitching on point and the fabrics of each collection complimented each other in a beautiful way. Deep rich reds, burgundy, blues and lace from Aobakwe Molosiwa’s collection, Thabiso Dibeela’s mix of check, Kaone Moremong’s African inspired men’s wear all had a character of its own. One could tell that the designers must have spent time choosing their fabrics well and perfecting their work. It was clear that the collections were not rushed as it is usually the case with some designers’ works on the runway.
There were clear indications of growth with some of the designers’ collections. Mothusi Lesolle, a new comer to the fashion design industry was one of those whose work was eye catching. Compared with his previous displays, it was clear that Lesolle has really come of age and has improved tremendously on his finishings. His textures and patterns blended beautifully and it almost reminded one of American clothing brand DVF collections. Lesedi Matlapeng’s bridal collection was appealing to the eye and good enough to score her a few brides-to-be clients from the audience.
When the final designer, Mozambique’s Taibo Bacar finally showed, the local designers’ works had already set the bar very high. As usual he did not disappoint, he showcased not only his clothing collection but also footwear, jewelry line and sunglass collection. Whites, earthy browns, navy blues, deep oranges characterized his line. “I feel like things didn’t turn out the way it was supposed to because of the rain so they had to improvise. But as far as the collections, I felt craftsmanship is improving, in terms of designs I felt there is great room for improvement. I was really impressed with Mothusi Lesolle’s collection. You could see that he has grown and his level is getting closer to the likes of David Tlale.  Lesedi Matlapeng was also one that stood out for me. She was original and different. As for Taibo Bacar, I felt this wasn’t his best work,” commented stylist and member of  Gatshfros, Tsholo Dikobe. 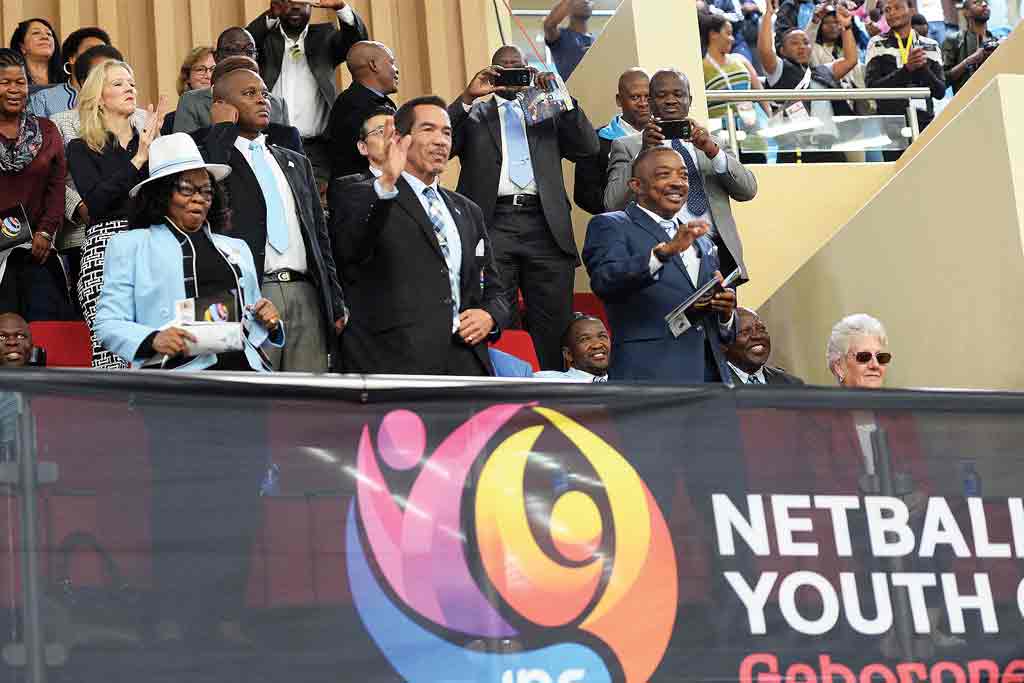