The Minister of Lands and Housing, Prince Maele has blasted Dikgosi for helping people to attain land unlawfully, saying this has caused many to suffer as corruption delays land boards to allocate plots. The Minister was addressing a Kgotla meeting in Gabane last week.

“Corruption is one of the challenges that are making it very hard for us to carry out our mandate. I admit that there is corruption in our land boards, but because the society helps them, it becomes very difficult to identify the culprits and rectify these issues. What hurts the most is that our community leaders are aiding this corruption. Our investigations reveal that Dikgosi play a part. Some Dikgosi would go as far as falsifying evidence to make sure certain people are given plots where they would not otherwise be allocated land,” he said.

According to Maele, some Dikgosi write letters to the land board to verify that some residents who do not have a land certificate do indeed own certain pieces of land, while that is not true. He explained that they have had cases where Dikgosi have written such letters to the land board for people who are not even part of their community, claiming that certain land pieces have always belonged to their families. “As the land board, our power is limited in such cases and it becomes very difficult to dispute what Dikgosi say, so such issues set us back and make it difficult for us to carry out our mandate.”

Some residents complained that land boards have been taking their ploughing fields. In response, Maele was unapologetic. “We are going to ask for your land for as long as possible but the law permits us to apply for a court to take your land without your consent if you are being difficult. You can refuse all you want but if we need your land for developments, the law permits us to take the land from you. If it wasn’t for this law we would be in trouble because everyone would refuse with their land,” he said.

Residents who attended the meeting expressed a wish to be given land to replace one that government repossesses; decrying that the cash payment that government gives as compensation is meagre. To this, the Minister maintained that the current guidelines that they use do not allow the land board to give land owners part of their ploughing fields that are being taken by the government. He however said they would look into the compensation guidelines to see how they can be improved. 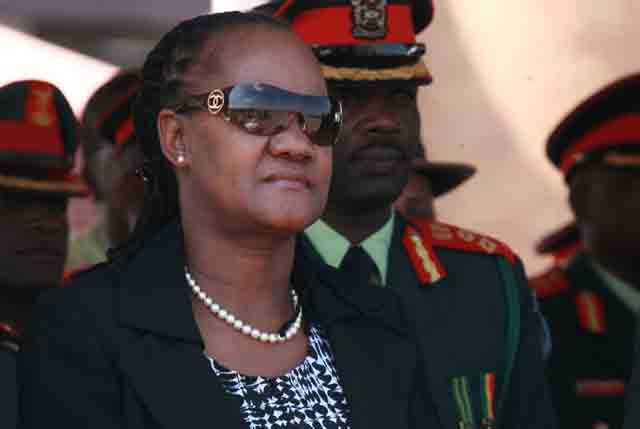