The Mafolofolo men’s volleyball team made a giant leap towards the top of the table after a 3-2 victory over Mag Stimela in the Mascom Volleyball League this past weekend. The victory helped them remain close to the league’s leading teams; they are only three points from joint log leaders Kutlwano and Police,  having played a game more than their rivals.

Prior to this weekend’s result  Mafolofolo were situated in ninth place and their win  catapulted them to fourth place in the league standings. Mafolofolo started the game well against Mag Stimela,  having been in the lead in the first two sets with comfortable 25-20 and 25 -14 score lines before they allowed their opponents to make a comeback in the next two sets. The former managed to win the tie breaking set to help them secure a narrow victory.

In other results, Mag Stimela recorded a comfortable 3-1 victory over Desert Kings. In the women’s division Mafolofolo  also defeated Mag Stimela 3-0 to continue their impressive start to the season, the win helped them eclipse Kutlwano as the league leaders.

The Mag Stimela women’s team lost another game against Kalavango  with 3-0 to end the day on a winless streak. Kalavango’s victory has resulted in a joint top spot for them; they are tied with Mafolofolo and Kutlwano on 13 points each. This weekend’s action will be held in Lobatse and Jwaneng featuring a big clash between the BDF 6 and Mafolofolo men’s teams. 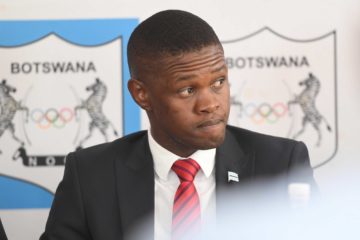