Oneile’s arrival has revitalized the side as they aim to reach the post season play-offs as one of the top four seeded teams that will contest in the semi-finals. The goal shooter’s club is in pole position to finish the league as the best ranked club given their record as the league’s only unbeaten team so far.

Marlins boasts the highest scoring percentage in the league followed by Blaze Dolphins (Hildah Binang’s club). They won back to back games against Tiger Sharks (41-39) and Mission Mannas (45-41) respectively this past weekend.

Oneile stands a chance to win the Most Valuable Player award if she continues her point grabbing exploits as her club’s main goal threat. In other weekend results, Binang lost 49-51 against her former club Sneakers Stingrays on Saturday. She redeemed herself in the next game as she helped her side brush aside Sarona Hans’ club M1 Starfish 45-39 to assume the second spot in the log standings.

Each team in the league has two rounds of fixtures remaining in the regular season. The regular fixtures will end this weekend as the play-offs will commence the following weekend (14-15 February). 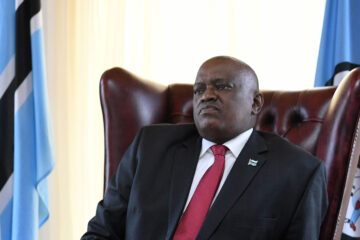