Lobatse High Court Judge Justice Lot Moroka has expressed concern at the poor state of records management by magistrates’ courts, adding that if not urgently addressed, the situation was bound to bring the administration of justice into disrepute. Moroka said that for the higher courts to deal with someone’s appeal there should be accurate and complete records from the lower courts that the appeal courts can rely on to safely deal with the appeals.

The Judge stated that there was an urgent need for the office of the Registrar to address the matter and ensure that records are prepared in accordance with the rules. Moroka expressed concern in a judgement in which he upheld an appeal of former Judge Onkemetse Tshosa following his conviction in 2012 for failure to provide a breath specimen and assaulting a police officer on duty by a lower court.

Moroka discharged and acquitted Tshosa because the magistrate record was incomplete and inaccurate for him to rely on, “the case presented a banana peel for the Administration of Justice,” he said.  Upholding of appeals because of missing records from magistrate courts appears to be a common occurrence as convicts of lower courts exploit the loophole to their advantage.

In some cases, judges do not even go into the merits of the case but uphold appeals basing on a preliminary point of missing records.

In one appeal, a rape convict, Bornfree Besa who was in 2011 sentenced to a 10-year-imprisonment, was also discharged and acquitted by Lobatse High Court Judge Justice Mercy Garekwe because she had no background information to rely on because the trial magistrate convicted him on an oral judgment.

Garekwe had noted that “what came out of the investigations undertaken by the court regarding the incomplete judgment was that, as was the norm with the learned magistrate who presided over the trial, he read out his judgment in a handwritten form as opposed to a typed form.”

The Judge further stated that the practice ought to be discouraged or in fact stopped as it “impacts negatively on accused persons, especially in the criminal justice system where the stakes are usually high owing to issues of deprivation of people’s liberties amongst others.”

According to Order 28 (1) of the Magistrate Court Rules, “Minutes of the court proceedings shall be made of; any judgment of the court; any objection made to any evidence received or tendered; and the proceedings of court generally including the record of any inspection.” 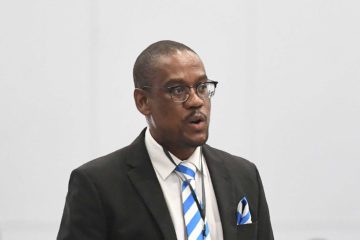