Mahindra Botswana last week unveiled their lat-est additions to the Mahindra family, the Mahindra Genio and the Mahindra XUV 500.
The XUV 500 has been described by Mahindra as a state of the art SUV with feline features, that is targeted at the in and out of city dwellers while the Genio is what Mahindra have termed the ‘Modern Transport Solution’.
Commenting on the launch of the new models, the Dealership Manager for Mahindra Botswana, Zyaad Haffejjee said that the XUV 500 was the best SUV to come out of Mahindra to date. “The design is unmistakable with bold, glorious lines that trace the world’s most agile animal in action; the cheetah. It has muscular wheel arches that accentuate its impressive, broad stance and the distinct, paw styled door handles that you can’t tear your eyes off. But the ﬁerce, assertive look is most apparent head on.
One glance at the intimidating, jaw like honeycomb grille and you’ll notice the vehicle’s innate desire to pounce at anything that stands before it,” he passionately explained.

Describing the Genio range, he said it is the perfect bakkie to run both business and personal errands with, and was designed to make life so much easier for its owners. “You will love this model primarily because of its fuel efﬁ ciency and its 1260 kg carrying capacity. Surprisingly, the car also boasts a plush and comfortable car-like interior, which unlike other bakkies further elevates the comfort of this car,” he said 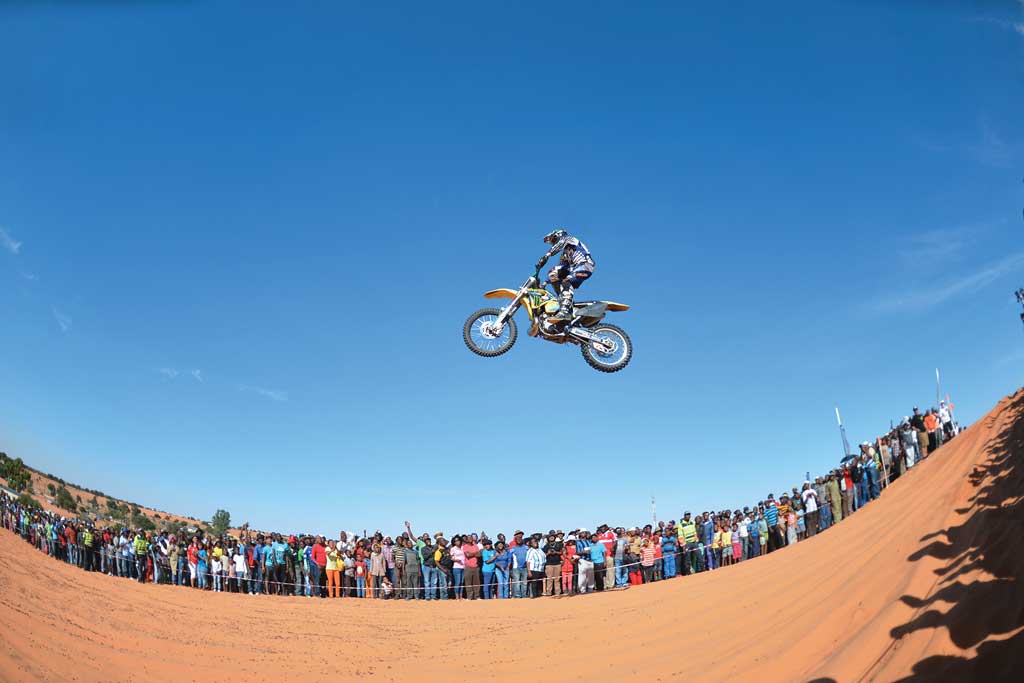