Mochudi Centre Chiefs winger David Makakaba is on a mission to win a place in the league champion’s first choice squad. The player had been frozen out from first team action under the previous coach, Madinda Ndlovu, and his limited appearances in the pre-season suggest that he could face an uphill task to impress the technical team.

He joined the Kgatleng giants in August last year from Police XI but has not yet established himself as a marquee player in the club’s line up. He is competing against the likes of Lemponye Tshireletso, Pontsho Moloi and Patrick Lenyeletse for a place on the wing. The abundance of established and more goal scoring midfielders at the club has seen Makakaba demoted to bench duty.

The player was not even in the match day squad for last week’s Super Cup game against Gaborone United (GU). In an interview with Gazette Sport, the player expressed his first team struggle.

“The team is performing well and it is hard to break into a side which already has a winning formula. I am not sure of when I will get a chance to play because competition for places is really tough; all I can do is work hard to get the coach’s attention. I have not been told why I am not involved in the first team but I will work hard to improve this situation,” said the former Police XI player.

When quizzed about the possibility of seeking a loan move in the January transfer window, the player acknowledged that it could be an option if he faces another spell on the sidelines. “Every player wants to get minutes on the pitch, but if the opportunity presents itself, I might be interested in a loan move but my main objective is to prove myself at Chiefs,” he added.

Makakaba’s tenure at the club has been overshadowed by controversy and now he has become a fringe player struggling to become a regular starter. The 29 –year- old moved to Chiefs as a free agent after his previous club had deregistered his transfer, which was deemed inappropriate since Magosi had allegedly avoided legitimate procedures to seal his transfer.

Chiefs were once fined P1000 and deducted three points for fielding him in a game against GU earlier last year; Makakaba had been declared a defaulter by the Botswana Premier League’s Disciplinary Committee (DC). 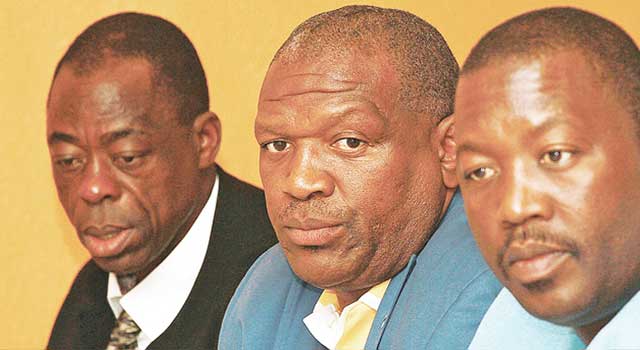