I think it would be seen as strange if we did not talk a little bit about Tata Madiba’s passing and funeral this past weekend; strange only because of the sheer magnitude of his passing from this life to the next. He will go down in history as probably the most popular person ever, and yet it’s odd that a third of his life was nowhere near the limelight of superstardom. In fact, some of us had only heard of his name in hushed tones for the first time in the 1990s.

I had never really paid much attention to the part of Nelson Mandela’s story that spoke of his youth and him growing up in Qunu. And yes, in case you are curious, I have indeed read “Long Walk to Freedom”, so I understand just how profound an impact Madiba’s youth had on his later years. The thing is, though, when you think of Nelson Mandela, it’s really hard to picture him as anything other than “Rock star,” isn’t it? A man that dined with Kings and Queens, had superstar musicians and actors lining up to simply have their picture taken with him! When we saw Prime Minister David Cameron and President Barack Obama taking “selfies” at his memorial, it really hits you that even the leaders of the free world, as they say, found the need to document the grandeur of the moment for themselves. The famous consider him famous. Madiba, an overwhelming amount of evidence testifies to, was undeniably, irrefutably, Big.

Everyone shares their 2 cents on what makes the man and what strikes them most about Madiba. Well, for me, and I imagine many, it’s simple. Mandela once said that the reason he was the way he was, is due to his acceptance of the cards life dealt him. Not only did he embrace the cards he was dealt, but he actively chose to turn difficult situations into lessons. Quite simply, to him, there was a lesson in each and every challenge.

I was listening to an old interview the other day of Mandela shortly after he was released from prison. The interviewer asked him if he was still angry for being locked up and  his response was along the lines of “serving time in jail for me is now just part of my life. It is something that happened and something that is now over.” The interviewer was clearly not buying this response, so he pushed a little more: “but sir, are you saying it did not matter that they took away 27 years of your life?” Madiba’s response was simply “I can never get those years back. No matter how much I wish. As I only have control of my future, I’ll focus on that. But you must know that I was not dead for all those years. Maybe going to jail gave me the necessary time to adequately reflect on what we needed to do to bring peace and equality to South Africa.” I wish I had the exact quote, but it was something like that.

Even as I try and remember what he said I get goose pimples.  It is a profound thought for me that one can see positively even after the pain that was inflicted on him. However, thinking about it now I wonder what South Africa would be like today if Madiba had not been sent to jail. If he had been able to convince the Police officer that arrested him by the side of the road that in fact his name was “David.” Of course, there are more than a million other potential outcomes and we would be here for eternity guessing how or why each one may have been the most likely. I would  rather not focus on the what ifs, and want to direct your attention, therefore, to the fact that irrespective of whether we fully know or understand Mandela: the early years, as it were, the fact that it is only really the last 30 or so odd years of Mandela’s life that enraptured the world afar.

Is that a bad thing? Debatable. Most significantly for me, though, is the fact that the story of a person’s life, whether you choose to focus on the chapters in the beginning or like many, choose to focus on the comfort and closure that comes with the winding down to a conclusion, the narrative stands strong either way. Be it a great icon like Mandela, someone closer to you or just anyone, a brand, a story, or an organisation, everyone has a narrative. It is quite obvious that I, like the rest of the world, am in awe of Mandela.

There is no arguing the man, the legend, has left a profound impact from the individual to the global collective and consciousness. He has, as it were, already contributed to shaping each of our own narratives in some way or form, be it in our personal lives or our professional lives. It only stands to reason, then, that we too have the opportunity to make the later chapters of our stories the most unforgettable ones; your own, your business’, you brand’s. What is your story and how are you going to make the last 30 chapters unforgettable? And perhaps even more importantly, will they be good enough that people will  still talk about you even when they would have put the proverbial book down? Like I said, Mandela is Africa’s greatest son. Yet. There will be many.

Ngele proves a point to Freese 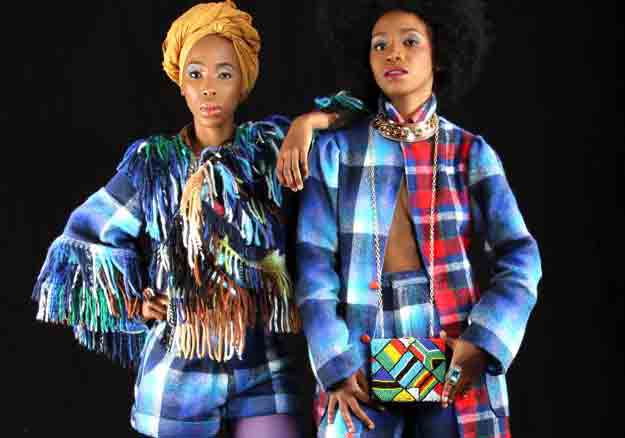