The Mascom Top 8 quarter final first leg lived up to expectations over the weekend as fans were treated to entertaining displays of football. The tournament recorded routine wins for the likes of Township Rollers who hammered Motlakase 3-1 and Gaborone United who defeated FC Satmos 3-0. Defending champions BDF XI were held to a 2-2- draw by Police XI while perennial Mascom Top 8 underachievers Mochudi Centre Chiefs were beaten 3-0 by a resolute Nico United to round off the weekend results.

14 goals were scored across the four first leg fixtures. Chiefs and Satmos were the only sides that failed to get themselves on the score sheet in their respective games. Chiefs, Motlakase and Satmos and Police XI (who conceded two away goals) will have an uphill task of overturning their first leg deficits.

Result of the week
Nico’s 3-0 victory over Chiefs was by no means a true reflection of the whole game. Both sides were evenly matched until Richard Legwaila took the game by the scruff of the neck and banged in three goals in the final 10 minutes. The game was destined for a goalless draw but Nico’s perseverance paid off as they shocked Magosi with three late goals. While many observers criticized Chiefs for their lapse in concentration, Nico are worthy of praise because they proved their clinical goal scoring prowess; Their ability to take advantage of opportunities proves that they deserved their comfortable win.

Player of the week
Richard Legwaila’s hat trick sets him above the rest in the list of the weekend’s outstanding players. The versatile player can operate as a central defender and a defensive midfielder. On Sunday he was deployed in a defensive midfield role and helped numb Chiefs’ midfield before embarking on a one man mission to give his side a healthy lead heading into the second leg. Legwaila was arguably the player who was least expected to score a goal, let alone a hat trick, but he thrilled spectators with a performance worthy of a man of the match award. However, he lost out to his teammate Monametsi Kelebale who also had an impressive game. Rollers’ Kobamelo Kebaikanye and GU’s Kgololo Kgogobi also deserve honorable mentions for their man of the match performances.

Quotes of the week
“We know Chiefs is a big team, we will not relax after our 3-0 win. They are capable of scoring three goals as well, so we have to avoid being complacent. We have to make it difficult for them in the second leg,” Nico United captain Monametsi Kelebale.

“We will approach the second leg the same way we did today; we have to attack as a unit and defend as a unit. We are not going to get excited after winning by three goals, they can wipe those three goals in 10 minutes. The plan is to maintain what we did today and we will attack them again in the second game,” Nico United coach Kenneth Mogae as he warned his team against complacency. 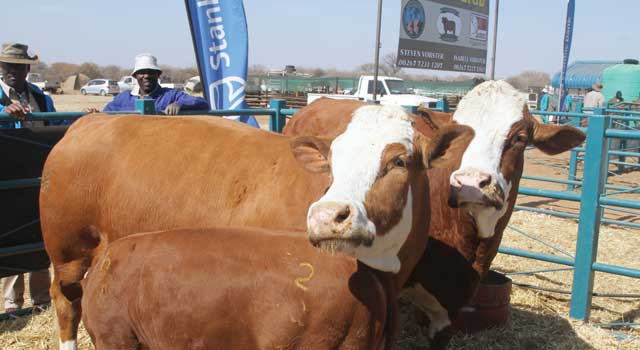