The third installment of the Maun International Poetry festival (MIPF III) that will be held in Botswana’s tourism capital Maun has stepped up from previous years,  according to its organizers, Poetavango Spoken Word Poetry.
“The expansion of the Maun International Poetry festival was inevitable. In the past, the festival lasted for only one weekend and it was evident that the people did not have enough. By popular demand, we had to lengthen the days of the festival,” Poetavango’s Public Relations Officer, Juby Peacock said.

The week long festivity, which will be held  from the 25th October to 2nd  November will include activities such as the  inter-school poetry competitions, visual arts spontaneous creativity workshop, book reading evening, children storytelling sessions, performances by the disadvantaged, writers workshops and symposiums, jazz and folklore performances, music workshop and world standard poetry performances.

“The MIPF III, has not only increased its number of days, but has also increased the objectives of the festivity. This year the organizers have decided to carry on a mission of encouraging a reading and writing culture. The festival is, in fact, more than just a poetry event. It’s a literary gala punctuated by visual arts and music,” said chairperson of Poetavango, Legodile Seganabeng.

The event is expected to kick off with an inter-school poetry competition between secondary schools, both government and private.  A book exhibition by some of Batswana’s published writers and other authors living in Botswana will also be featured during the festival on the 27th at the Nhabe Museum and will continue for the entire week to allow   the public to view and purchase the books. It is expected that veteran authors like Lauri Kubuitsile, Bontekanye Botumile, Jenny Robson, Otlaadisa Serei, Nick Green, Justice Motlhabani of the Big Brother fame and many others will grace the exhibition to have workshops and book reading sessions.

“The festival will also feature a very interesting aspect of  Visual Arts versus Poetry in Spontaneous Creativity.  Here, painters and poets will spend a day of impulsive imagination. Poets will recite ad-lib poetry while painters will depict the poetry in canvas. The end products will be displayed on the final day of the festival,” said Seganabeng.

“The MIPF of this year has brought in a musical element. On Wednesday 30th October  at Cresta Riley’s Hotel, there will be a Jazz and Poetry night with the  main performer being us Jazz band The Anthony Stanco Ensemble, who will be performing alongside Stiger Sola, Kabo Leburu and the Poetavango collective. Tickets for this part of the festival cost only P30. Members of the Anthony Stanco Band will also hold a music workshop for local musicians. This initiative ensures that the festival doesn’t only benefit poets and writers, but also seeks to develop the music fraternity,” said one of the organizers Thato Molosi. 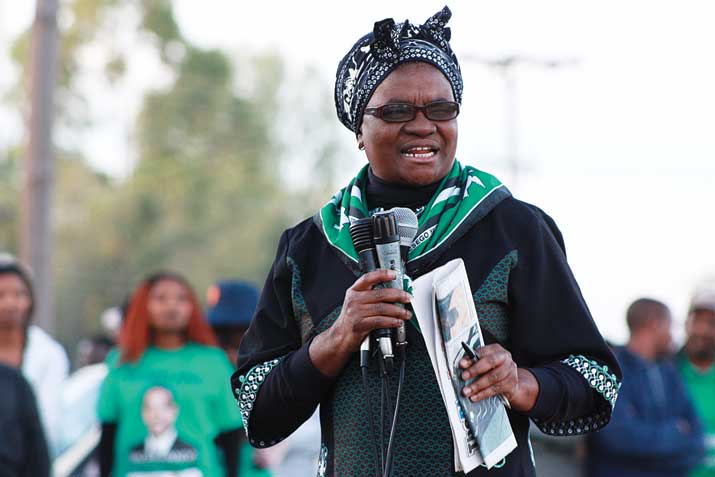