Dubbed Point of Care CD4 Count Machine Pilot Project, MC Maswe has been chosen as the ACHAP ambassador mandated in sensitizing people about the newly portable movable testing  machine, which can test and release results within 20  minutes at the same point unlike the old ones. The campaign which also aims at increasing HIV testing in the North East will kick-start on November 15 and run until next year.

The Se mo neele hit maker who also spearheaded the Safe Male Circumcision campaign last year could not hide his excitement when talking about his relationship with ACHAP. “I am overwhelmed because this shows that last year’s mobilization yielded positive results. I think I was chosen looking at the crowd that I managed to pull last year during circumcision campaign where 2000 males managed to get circumcised in the region,” the delighted Mc Maswe told Time Out in an interview.

ACHAP Project Coordinator Kenneth Mugisha confirmed the new deal saying that they are embarking on the campaign in the region because it has high percentage of HIV/AIDS affected people according to the last HIV/AIDS report. Mugisha said according to the report, about 21 percent are infected while half of the population in the region do not know their status. He said they engaged Mc Maswe in their campaign because they want to increase HIV testing as well as CD4 testing using the new machines. “Mc Maswe’s mandate is to raise awareness by jam sessions and road shows in different villages in this region,” he noted.

Though Mugisha did not want to divulge the contractual benefits saying they are confidential, he only revealed that it will be ongoing for six months. “We are more interested in this pilot project to see the response of the people when using them because in the past with the old machines, which were not movable, thereby forcing people to go places where there were located, it took long.  With these new potable machines, we can use them anywhere, anytime,” emphasized the Project Coordinator. 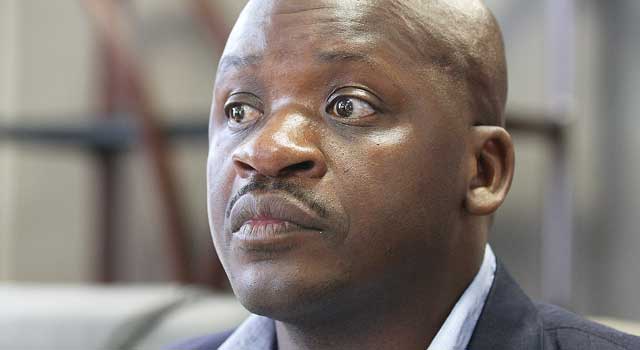