World largest Operating System makers, Microsoft will as of this week stop support for its 12 year old Windows XP Operating System.
The company revealed in a statement on its website that as of yesterday, 8th of April, most of the technical assistance for Windows XP will no longer be available, including automatic updates that help protect Personal Computers (PCs) from cyber attacks. Microsoft will also stop providing Microsoft Security Essentials for download on Windows XP on this date.

While the operating system will continue to function after the said date, PCs still using Windows XP will be vulnerable to security risks and viruses according to the tech company. “Also, as more software and hardware manufacturers continue to optimize for more recent versions of Windows, you can expect to encounter greater numbers of apps (applications) and devices that do not work with Windows XP,” Microsoft warned.

Reached for comment on the matter, Microsoft’s West, East and Central Africa Senior Marketing and Communication Manager, Dora Mbuyi, said in an interview this week that they still have some customers who are on Windows XP, “some of which do not have the awareness of XP reaching the end of support or using their devices thinking, ‘I have been using it for a very long time and it works just fine’, what we will like to do is really increase the awareness of what this will mean for them.” She said it was imperative for customers to understand the risks that will come with this latest move by Microsoft.

While Windows XP’s support comes to an end, Mbuyi said they were cognizant of the fact that some of their corporate and enterprise clients would take some time to make the migration thus they will continue certain support until July 14th 2015. “To help organizations complete their migration, Microsoft will continue to provide updates to our anti malware and engine full windows XP users until next year. For enterprise customers, this applies to system centres endpoint protection, full front client security, full front endpoint protection and for consumers this applies to Microsoft security essentials.”

She said they encourage their customers to take up the latest operating system as the latest devices and hardware available in the market currently demand newer systems for optimized usage and productivity.

According to local Tech experts, Windows XP usage is widespread in both personal and corporate usage in the country. This even applies with some Automated Teller Machines, ATM owned by commercial banks. While Microsoft has given the year grace period especially for such security hungry operations, experts say it is absolutely essential to get updated operating systems for security purposes as XP is no longer a safe place to work.

Local  tech company Chief Executive Officer, Intellegere Holdings, Itumeleng Garebatshabe warned that all those who still continue to use XP will face the wrath of future vulnerabilities on their PCs and networks.

He said as with the rest of the world, “Botswana companies need to upgrade as soon as possible to the latest OS (Operating System) with Microsoft ending its support to avoid increased security flaws in their systems.”

PC consumers looking to upgrade will have to seek Windows 8.1 Operating System which is Micrsoft’s latest offering. Microsoft will however continue providing support for other aged Operating Systems including, Windows Vista, Windows 7, Windows 8 and other server systems that have been released post Windows XP era.

There are other Operating System options out of the Microsoft camp to shift to for consumers. These include Apple’s OS X, which would mean changing from your PC to an Apple Mac. A cheaper option is Linux which has Operating Systems such as Ubuntu. Experts however warn that both these two would take a lot of learning, patience and added costs for any old XP user. 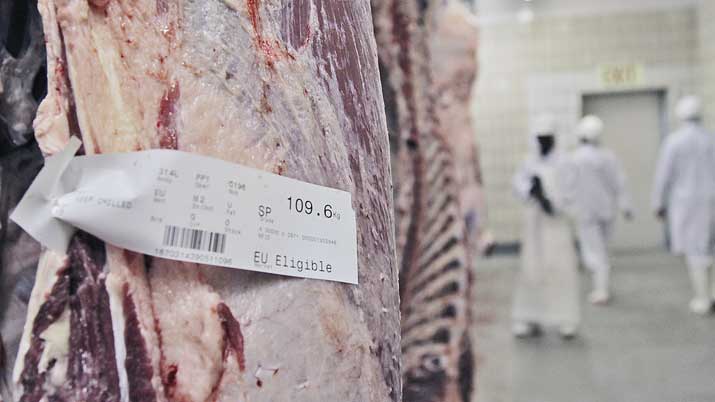