Three defeats in a row against their fiercest rivals have spelled a mini- crisis for the defending league champions Mochudi Centre Chiefs. The Kgatleng giants are yet to win a game this month ahead of their clash against Uniao Flamengo Santos tomorrow (Wednesday) at the Molepolole Sports Complex.

Magosi lost back-to-back games against Township Rollers in the league and the Mascom Top 8 before suffering a 1-0 defeat against Gaborone United this past weekend. Rollers beat their arch rivals 2-1 in a league encounter late last month. They repeated their feat with a 3-2 victory over Magosi in their Mascom Top 8 quarterfinal first leg encounter before the GU defeat. The champions have not registered a victory since beating Nico United 3-1 in October 20.
Magosi’s coach, Dragojlo Stanojlovic, has criticized the professionalism of his players in his last two post match interviews. The Serbian coach did not hide his anger after losing three big games in a row during Saturday’s post match interview.

After the 1-0 loss against Moyagoleele, he even went to the extent of saying that he would have no problem leaving the club. However, the club’s public relations officer Clifford Mogomotsi laughed off rumours that the coach is unsettled.
“People need to look at this from a different point of view; everyone at the club is not happy because results are not forthcoming. We will not panic because all clubs around us are dropping points, none of them is pulling away from us. We will get it right and we expect to regain our form in the upcoming games,” said Mogomotsi.
He further admitted that their coach is struggling to communicate with everyone at the club but also confirmed that his translator will arrive in January next year. Stanojlovic was expected to be assisted by his fellow Serbian Darko Gasic but the move did not materialize. The coach has been restricted to using hand signals to apply his tactics to the side. 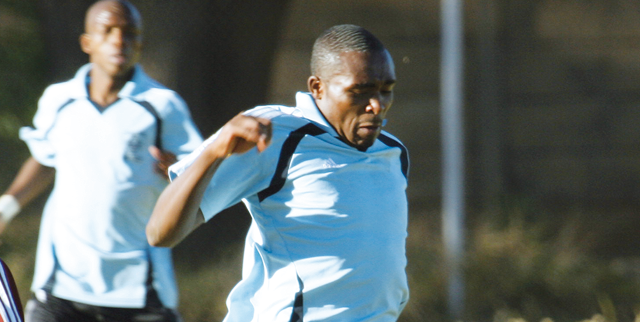