In 2016 when the Ministry of Youth, Sports Empowerment and Culture announced that they will be taking over Miss Botswana in partnership with Botswana Council of Women (BCW) to stage the event for two years, it was widely believed the move would restore credibility to the tarnished pageant. At the time, the Minister of Youth, Thapelo Olopeng justified the move on the grounds that the pageant had lost credibility. He blamed the previous organizers, under contract, for failing to live up to the expectations of the brand.
In spite of the high expectation Miss Botswana 2017 was held under a shroud of scandal as the reigning queen ascended to the throne amid allegations and controversies of corruption by the event organisers. Questions levelled against the Ministry and BCW remain unanswered as both have failed to account as to how tax payers’ money was spent at last year’s pageant.
After staging the Miss Botswana grand finale on 28th September 2017, suppliers created a public relations storm for the event organisers, claiming they were not paid for their services. At the time the Ministry’s response was that disbursements were made to suppliers through BCW, but according to insiders the ministry only sent cheques to a few select suppliers, while others were left unpaid.
“There was never a lump sum that was given to BCW to make payments. BCW only received cheques as directives of who to pay from the ministry. The only supplier who was paid at the time was the staging company Braveheart. The staging company was paid P1.2 million and was chosen over another company that charged P600 000. Fashion Designers took to social media and advocated for their pay while others did not receive a dime including the pageant’s winners,” a source has revealed.
This publication sent the Ministry of Youth and BCW questions two weeks ago regarding the 2017 pageant expenditure. In an effort to ascertain the veracity of the allegations of favouritism in effecting payments, The Botswana Gazette questionnaire sought to understand the role of the ministry and BCW during the two-year contract, including how much was invested in the pageant, if there was an audit carried out after the pageant and the procedures followed to select the production company that staged the pageant. None of the questions received a response.
In December 2017 during BCW’s annual general meeting it was resolved that they will not host the 2018 pageant as they still needed “to get their house in order.” According to sources, the committee had agreed that they will sell one of their plots to clear their debts and start the next pageant on a clean slate.
“BCW accounts never have sufficient funds and it was agreed to identify a plot to sell. However, there was a change of plans as Development Advance Institute approached the elderly president and offered to pay for the 2018 license and stage the 2018/19 pageant. The rest of the committee members were not consulted, and the agreement was that the new restructuring team would pay themselves with the gate takings of the pageant,” the source revealed, adding that the coordinator of Miss Botswana, Dorcus Thobega received pushback over her objections to the transaction and was later removed from the committee.
In an interview with The Botswana Gazette, Dorcus Thobega, the former BCW Treasurer and Miss Botswana coordinator who was at the centre of corruption allegations over the alleged allocation of fees to herself, revealed that the allegations were false and that her ousting at the BCW AGM held on the 2nd of September was due to her raising questions on the hasty decision to stage this year’s event, when the organisation continued to have unresolved issues with key stakeholders. The committee decided to ignore Thobega’s concerns and resolved that the Miss Botswana grand finale would continue as scheduled on 21st September, 2018. It was further resolved to remove Thobega from the pageant’s organising committee.
Addressing former beauty queens in 2016, Olopeng promised his Ministry would set the standard for the pageant, emphasising that if prospective promoter do not comply, they would not be awarded the tender to organise the event. “There should also be some rules and regulations that whoever approaches BCW must be given that tender document,” he said. However the recent engagement of a new restructuring team has hardly inspired confidence as their appointment to host this year’s pageant was done directly by the BCW with no mention of the Ministry or evidence of a tender.
According to Ben Raletsatsi, executive chairman of Development Advance Institute which is the company restructuring BCW and organiser of the 2018 pageant, BCW appointed them directly to provide a turnaround strategy for both the organisation and Miss Botswana. Raletsatsi confirmed that in July last year his organisation had a meeting with BCW where they touted to promote the event and assist to deliver on BWC’s mandate, according to Raletsatsi the organisation’s executive leadership approved the idea. Along the way however, Raletsatsi said BCW and the Ministry went ahead with the 2017 pageant and their proposal was shelved.
“BCW is a woman’s organization that owns up to 25 day care centres around the country, about four commercial properties and owns the license for (sic) Miss Botswana. We asked them why they continued to be a poor organization that is not structured. At their annual general assembly meeting I was asked to present to the BCW and they accepted our proposal. Last year, Miss Botswana still came back with its own issues so this year March the executive met again and raised the issue of continuing where we left off and that is how I got here,” he explained.
Questions relating to the 2017 pageant expenditure were sent to the BCW executive board but the organisation referred them to Raletsatsi who told this publication that former Treasurer Thobega was better placed to answer them.

The gap between the rich and the poor getting bigger 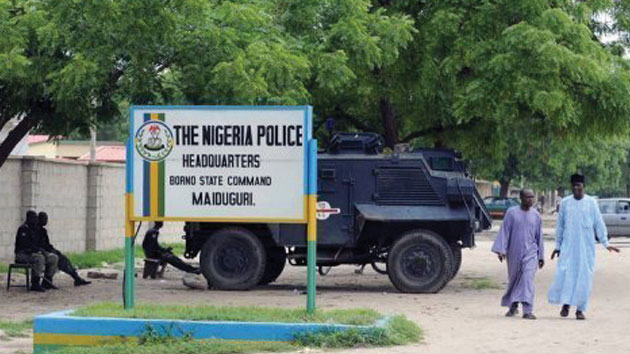