Transfer listed striker Moemedi ‘Jomo’ Moatlhaping will be allowed to leave Gaborone United on loan if any club shows interest in him. GU’s officials have revealed that no club has however shown interest to sign him on a permanent deal but they could be tempted to release him on loan.

However, they have explained that any club interested in taking him on loan should be prepared to pay his wages for the duration of the loan agreement. The club’s officials told Gazette Sport that the player has been transfer listed after receiving instructions from the technical team which stated that  the experienced forward is surplus to requirements.

Moatlhaping has not been regular in the club’s first team this season; many within the club believe that his best years could be behind him. This reporter has been informed that Moatlhaping has been invited on several occasions to discuss his ailing form and had been given chances to resurrect his form.

“He has not been playing at a level we expected; he is off form and currently out of the coach’s plans. We informed him about our intentions to offload him and he has accepted it. He has been handling the situation in a professional manner and has continued training with the team. His attitude towards training has not changed,” said a GU official.
The forward has 18 months left on his contract; he joined the club last season after being released by Polokwane City (formerly known as Bay United). Initially the player was only training with GU in order to maintain his fitness but they ended up signing him after he impressed the technical team.

Last season the first signs of his possible exit from Moyagoleele were in the Mascom Top 8 final whereby he distanced himself from the club’s post match celebrations. The club laughed off suggestions that he was unhappy by stating that it was just a reaction to a bad game on his part.

Clubs such as Motlakase and Extension Gunners have been linked with him in recent weeks.

Developing a Value Proposition in a downward economy 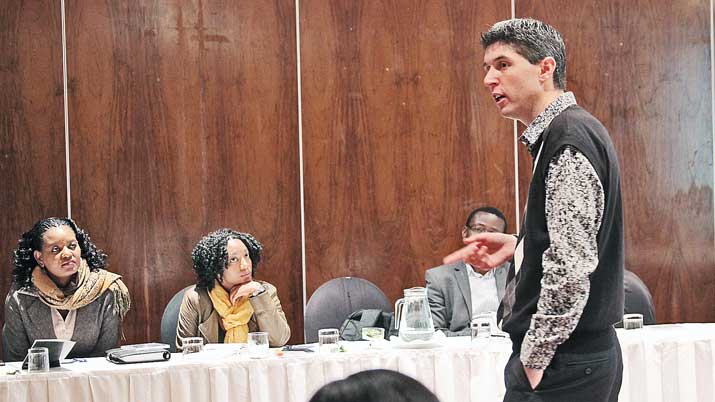