When Gift Mogapi confi rmed his takeover at Notwane, he outlined his aims to bring back the club’s glory days. The new owner has since recruited two high profi le names from South Africa as the fi rst step towards fulfi lling his promises. The club will benchmark from foreign clubs and they will create a professional setup to match their ambitions for the club. Mogapi confi rmed that the club will make sure players’ welfare is up to standard by improving their contracts.

Notwane have also adopted a technical setup which will resemble that of other international clubs. The club will deploy former Bafana Bafana coach, Ephraim ‘Shakes’ Mashaba, as a manager with a fi rst team coach working alongside him. The club is expected to offi cially unveil Mashaba on Wednesday. The 62- year -old tactician is expected to lead the technical team under the title of a ‘manager’ instead of a coach. The experienced South African will work with the club’s current technical team and Oupa Kowa will be the team’s fi rst team coach. Mashaba’s union with Kowa has been set up in order for the formerinterim Notwane coach to help the South African to get to know the squad better and help him with his expertise in local football.

Roberto Da Silva, a former Brazilian player, will be in charge of the development side. “Da Silva’s task will be to expand our development structure and make it more solid,” said the club’s Public Relations Offi cer, Boipelo Seleke. The club has been criticized for their seemingly dry spell in terms of producing quality youthful players. Analysts have argued that the club’s days of nurturing some of the country’s best players such as Pontsho and Dirang Moloi are behind them.

The appointment of the Brazilian youth coach is aimed at reviving the club’s development side according to Seleke. Former Orlando Pirates midfi elder Benedict Vilakazi has also joined the side. The former Bafana player will become the country’s highest paid footballer with an estimated monthly salary of P20 000, according to reports. Other additions to the club could include the return of Pako Moloi while Abednico Powell is expected to join the side as well. 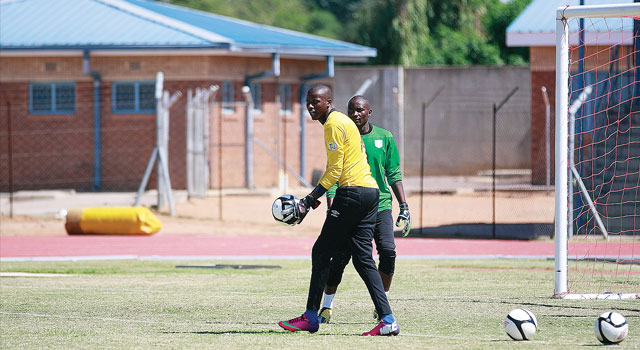