Their performance this year will be part of a collaborative project with Simba Arts which is supported by Bømlo City.

Local theatre dance company Mophato is set to perform in Norway at the upcoming Bergen Afro Arts Festival billed for 9th May to 21st June this year.
Mophato Dance Theatre who were part of the same festival last year, say their performance this year will be part of a collaborative project with Simba Arts which is supported by Bømlo City. “This year we will be doing a program which is a residency supported by the Bømlo City Council in partnership with Bømlo Culture school, Bømlo Culture House, Vertu and Simba Arts Trust as a collaborative…” said Andrew Kola, the group’s founder and Choreographer.
The group will first perform a production titled Shinga (which means ‘perseverance’ in Shona) in dedication to neglected migrants- who it implores to be strong, reminding them that they are not alone; “The performers in Shinga will explore and develop around the metaphor of the phrase “PUSH BACK”, that means to stop migrants from crossing one country into another, a practice that is illegal under international law,” said Kola.
The group will then fly to Warffum, Netherlands on 21st June where it will perform at the Op Roakeldais Festival where over 15 dance groups from different countries will perform. “This festival was recommended by an art promoter who happened to know our work. We will be in Netherlands for a week promoting Botswana arts and culture again. We are expected to be back in Botswana on the 28th of June 2016,” Kola revealed.

Ntsie calls for the formation of an arts council 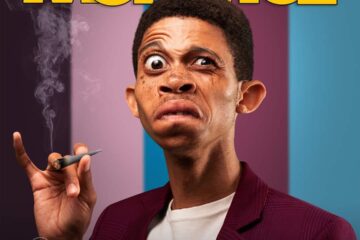