Mephato Reatile, who was elected as the Chairman of the Southern District Council in November last year possibly has his days at the helm of the council numbered as disgruntled members of his council, including those of  his Botswana Democratic Party (BDP), want him to clear his name or a motion of confidence against him will be passed.

This follows a series of stories in the media alleging links between the former Jwaneng/Mabutsane legislator with deals involving the deported Zambian national Jerry Chitube.

Reatile, who has since denied knowledge of Chitube, declined to comment on the allegations against him saying that he does not want to speak to the media.
According to one BDP councilor who asked to remain anonymous for fear of victimization, some BDP councilors have been meeting and are mobilizing to oust Reatile at the June full council meeting as they feel it is tarnishing their organisation’s image to have a leader who is all over the newspapers for wrong reasons.
“His name is all over the papers, but he is just silent, he is never available for comment, they might be wrongly accusing him, but what should we think when all he says when interviewed is that he does not want to speak to the media. He has to give us confidence to trust him as our leader,” the source said.
Reatile who was specially nominated to the council after losing his parliamentary seat to Sean Ntlhaile of the Umbrella for Democratic Change (UDC) garnered 45 votes against Councillor Kagisanyo Tau of the UDC who got 17 votes.

Contacted for comment, Tau who is also the opposition chief whip said they can’t speak of a motion of no confidence yet as they hope he will clear his name at the full council meeting expected at the end of June. “The stories we have been reading about our leader are worrisome, our council name is being tarnished, we are worried that he is silent about this, but we hope he says something at the full council meeting,” he said.
Tau said if indeed Reatile is guilty of all he has been accused of, then they will take it from there, stating that they were uncomfortable being led by someone who is being accused of wrong doing and is not responding.

Earlier Reatile said he only met Chitube this year and denied any close relationship with him.

Rollers stand their ground in the wake of BPL charge 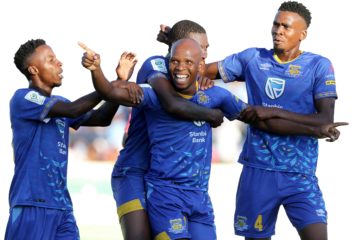