“What business does parliament and the BDP have in the release of the report?”

Umbrella for Democratic Party (UDC) Member of Parliament Sedirwa Kgoroba says  the release of  the report into the death  of  Gomolemo Motswaledi is neither the business  of  the Botswana Democratic Party (BDP) nor that of parliament and they should leave matter to the relevant people.
“I do not know what their interest is in this issue; what business do they have in this report?” he asked. “The BDP may think that by bringing this issue up, they mock the UDC but it is  Motswaledi  that they disrespect,” he said.
Kgoroba said it was hurtful that the BDP would continue ridiculing   Motswaledi even after his death, saying the party should be satisfied with how badly it treated him when he was alive and allow his soul to rest in peace.  “He left them for a different political home and they still followed him even to his workplace, making sure that they frustrate him.  In all these Motswaledi was  silent and ignored them;  he died  and they still ridicule him. Why can’t they let him rest in peace?” he asked.
Meanwhile, parliament in its current sitting is expected to debate a motion by BDP MP Ignatius Moswaane in which he wants government to engage the Directorate on Corruption and Economic Crime (DCEC) to investigate if the UDC did not “obtain by false pretense” when they requested the nation to contribute  funds to investigate the death of Motswaledi.  Kgoroba has since dismissed the motion saying it is unintelligent as the matter is not parliament or government’s business. “ The report is not just a UDC thing, there is the Motswaledi family involved  and the report ‘s  release is dependent on the family’s discretion. Those are the people who the buck stops with in this issue because Motswaledi  before the person and politician he was  to us, he was their son. ”
The report of Motswaledi’s death continues to be a sensitive matter within the UDC as many in the party still believe he was assassinated. Just last Tuesday, Kgoroba was at the centre of a controversy in parliament after he hit the deputy speaker of parliament, Kagiso Molatlhegi with a water bottle following disagreements about the issue.
Newly defected BDP MP Bagalatia Arone had, during a Whistleblowing Bill debate, made reference to the report, saying the public was awaiting its release. He said while Leader of Opposition Duma Boko and Dr Phenyo Butale complain about the public’s lack of confidence on the DCEC and DIS, the same public was waiting for the release of the Motswaledi report. “What should be done about those who are refusing to publicise the report?” he asked.
Following his comment, Kgoroba stood on a point of order, requesting that Motswaledi’s death should not be discussed as he was dear to some of them, a comment which aroused parliament into murmurs.
“I am serious about this, if in mentioning Motswaledi you keep passing remarks like you are doing, I will take action right here, I am warning you. I will throw this bottle of water at you, I will do that,” which he did and was ordered out of parliament by the speaker Gladys Kokorwe.
Kgoroba however later apologized, even though Vice President Mokgweetsi Masisi said parliament security was strengthened on account of the event. Scanners are expected to be installed in parliament in the near future, while water glasses  and bottles are now prohibited and have  have been replaced with disposable cups. 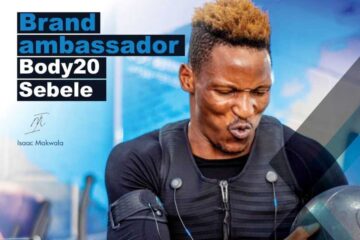