FRANCISTOWN: Tati-East Member of Parliament (MP) Samson Guma Moyo has reportedly appointed a delegation comprising of constituency elders to meet President Ian Khama and confront him over the ill-treatment he is getting from people surrounding the President.

In the wake of the controversial freezing of Moyo’s business accounts by the Directorate of Public Prosecution (DPP) last week, the Tati-East legislature on Sunday addressed a closed meeting of his constituency councilors and elders in order to brief them about his intention to resign from parliament as well as from the party.

An insider who attended the meeting told The Botswana Gazette that at the meeting which seemed staged, Moyo accused the President for failing to take actions to every concern he has raised to him concerning the mistreatment he is getting from the president’s associates. According to the insider, Moyo claimed that sometimes the President has been influenced to take decisions that are against him because of the incorrect information he received from people surrounding him. “Moyo claimed that some people are peddling lies about him to the President alleging that he is ruining the BDP by bribing delegates whenever there is an elective congress. The other issue, which he said is disheartening, is that some people claimed that he is eyeing the vice presidency which he denied. In addition, he claimed that he resigned from BDP chairpersonship because some people surrounding the President misled him about his intentions. So, according to Moyo all these are a source of concern for him and he wants them addressed diligently by the delegation,” revealed The Botswana Gazette source.

Another source who also attended the meeting was curious about the authenticity of Moyo concerns, highlighting that the accusations he made were baseless. “I am just curious on why Moyo wanted our cellphones to be switched off if all he alleged was true. I think he just wanted to buy the elders sympathy because he knows that he is facing some problems concerning his frozen bank accounts,” said the source.

At the meeting some of the constituents reportedly agreed with him on resigning as he claimed that his life was in danger but a few elders were against the idea. “When he briefed us he claimed that his life was in danger because there are some people who are following him and have intimidated his family. So he told us that he hinted his intentions of resigning to the President before he went to France but they did not finalise the issue,” added the source.

As things stand, Moyo wants the delegation to meet Khama very soon to talk about his concerns. “In addition, at the planned meeting he wants the President to bring his young brother Tshekedi as he feels that he is one of the people who are misinforming the President about his dealings,” alleged the source. Efforts to talk to the head delegation, Douglas Letsholathebe, were futile as his mobile phone rang unanswered.

Tips on keeping the skin hydrated during winter 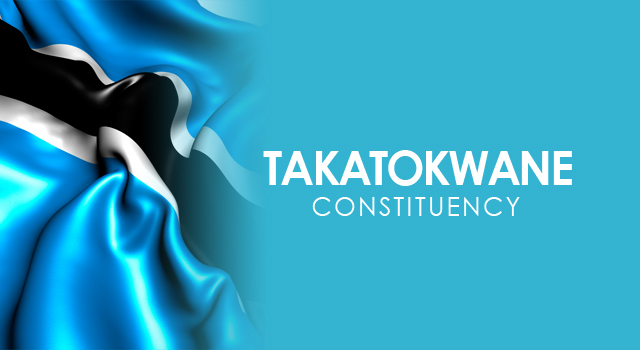