MPs should dignify Parliament in 2016!

Going into the New Year, one can only hope that in the coming year, the Honourable House will regain its dignity and realign itself with its mandate, making laws! The insults, potentially biased conduct by the Speakership and eccentrics have taken much time for MPs to attend to the most pressing issues affecting citizens.
Could the resistance to televise parliamentary sessions be a blessing in disguise –   sparing honourable MPs some shame? Parliament needs turn motions and bills into laws, and put political allegiance aside and agree on some things for the sake of the citizens who voted expecting changes. There are so many issues that need to be discussed- the urgent being the water crisis. Interim measures could have been put in place to alleviate the effect of water cuts on citizens as well as stemming the cost resulting from   the frequent North-South Carrier pipe bursts. Issues like bad schools results also need concerted solutions to secure the future of children. Failed projects, implementation and monitoring measures need to be agreed: all these require serious and knowledgeable MPs who can provide well researched propositions in parliament. Parliaments has a challenge to redeem itself in 2016.
The bad moments
The day Umbrella for Democratic Change and Gaborone Central legislator Phenyo Butale was carried out of parliament chambers and literally thrown on the floor under the instruction of the Deputy Speaker Kagiso Molatlhegi- has to be one of this parliament’s lowest points. Chaos erupted after Molatlhegi ruled that the urgent motion brought by Butale about the water and power crisis would not be discussed as a similar motion had been put forward by Selibe Phikwe West MP Dithapelo Keorapetse.
Interviewed by this publication a few seconds after the incident, Butale said, “This is a dictatorship that is masquerading as a democracy and as you have seen, a Member of Parliament popularly voted by the people of Gaborone Central was manhandled, carried out of parliament and thrown to the floor because I wanted parliament to discuss the national crisis of water and power.  The Speaker chose to misdirect himself because he believes Parliament is a playground for the executive.”
Ignatius Moswaane’s tears
Questions still remain on the eccentrical conduct of Francistown West MP, Ignatius Moswaane. He was one of the most animated members of parliament this year, and went from crying- to breaking his spectacles in what some interpreted as a rebellion against the party line. He however maintained adamant that he was representing people who voted him: “I am voted by the people; the poor and the voiceless and by standing here I am doing my job.” He has been criticized by some members of parliament for tabling what they term useless motions and “delaying” parliament business.
The Good
Several motions and bills were approved. Among them was the Special Economic Zones Bill 2015, Income Tax (Amendment) Bill, 2015 as well as the  The University of Agriculture,  and Natural Resources Bill.  The National Policy on Gender and Development was also adopted.
In February, MPs also   unanimously adopted a motion for government to implement recommendation 23 of the Revised National Policy on Education of 1994 which abolished automatic promotion and replaced it with assessed progression in schools.
Tabling the motion, MP  for Mogoditshane  Sedirwa  Kgoroba  requested  Government to abolish automatic promotion because in  the current system, students are allowed to  proceed to higher grades when they have failed lower grades,  eroding   the  quality of  education.
Quotes from Parliament
“Ya go botsa batho ba Serowe North gore ke eng ke ba thophile molekana wa ga mmago” Pelonomi Venson-Moitoi to Haskins Nkaigwa“While I was busy making money, some of you were relaxed or busy drinking alcohol” Guma Moyo “I don’t participate in fraudulent elections,” Dithapelo Keorapetse
“Today is today, I am prepared to die for this issue. Being sent out of this House means nothing to me and do not try that one because I will remove you from your seat.” Moswaane to National Speaker Gladys Kokorwe

Radio personality on mission to uplift locals in art and design

MPs should dignify Parliament in 2016! 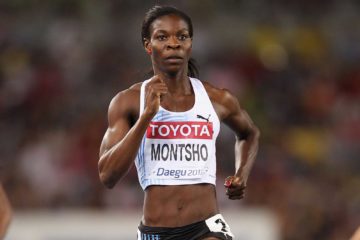