Multitudes of Limkokwing University of Creative Technology students thronged The Village magistrate court yesterday (Monday), as 13 of their own who have been locked in cells since last Friday, appeared before magistrate Priscilla Ditlhong for arraignment. Students who appeared visibly angry waved in support during the court proceedings
as their fellow students were arraigned. The 12 accused persons; Goitseone Ishmael ,24, Marumo Nelson ,22, Thabiso Nthobatsang, 23, Kitso Kgosikoma, 22, Keleagetse Selebogo, 22, Kwanele Grey, 27, Gaone Rakgathi, 23, Bontle Yezo, 25, Omphile Ntsoma, 22, Kenaleone Rammoni, 23, Muchemwa Kasolo, 20, and Tendai Munhuwa, 23 are charged with a single count of rioting.

According to the prosecution, the 12 are alleged to have, on 24th May at Limkokwing in Gaborone, unlawfully assembled at the University with a common purpose to riot. They threw stones at the police who were trying to disperse them and broke some windows of the university’s buildings thereby causing breach of peace.The students were released fromcustody on Sunday. Allegations are that they were arrested at the university around 3p.m. on Friday.The police patrolled with them until the following day when they locked them in cells.

The University’s student representative council president who is currently on suspension, Poloko Pitwane appeared on a separate count of criminal trespass before the same court. The latter is alleged to have on the same date and same location, entered into the University whilst under suspension and without authority from the University’s management address the student community. The court granted Pitwane bail on condition that he does not hold gatherings within a radius of 100 metres from the university. The prosecution had wanted the court to rule that the latter do not conduct radio and television interviews,but the court refused to take away that liberty from the accused. Attorneys Friday Leburu and Reuben Lekorwe represented the accused persons. 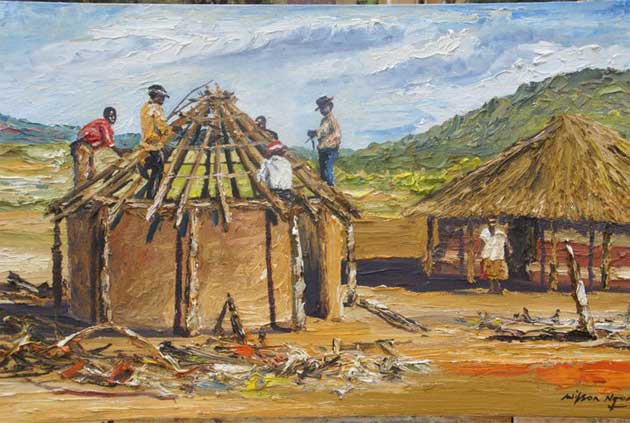