My Maun Experience bigger and better this year

The fourth installment of the annual My Maun Experience (MME); an initiative by Batswana youth to sell Maun as a top tourist destination is billed for this weekend, where more entertaining events are expected to be added to the usual line up to boost the festivities.

Following its inception four years ago, the show has now become one of the biggest shows that usher many Batswana in to the New year. One the Organizers of the show, Dose Mosimanyane,  said they have managed to keep the show relevant by adding something new to the event every year. This year he says the will also host a food festival on the 1st of January that will mostly feature Maun cuisine to give their guests a taste of the place. He said they will also have a comedy show as part of the week long line up.

“We started this as a way to promote our local tourism because we had realized that a lot of Batswana prefer to visit other countries during the festive season while we have so many beautiful tourist destinations here. We started with a music festival the first year. The second year we added the cross country marathon, and last year we introduced the cycling event. We have also partnered with BOSASNet in support of their campaign against alcohol and substance abuse because we know this is the time when are likely to over do it.” he said.

On Sunday the 27th, The Home Coming Comedy show which is also wittily called eComedic Stimulus Plan after the much talked about Economic Stimulus Plan (ESP), show will be in Maun for the 1st MME Comedy Night. Major Moves Comedy will also  round off the year with a comedy tour that will see them perform at the 2nd Annual Home Coming Comedy in Mahalapye on the 25th of December. They will also feature the 2015 President’s Day Comedy Champion Mawee from Gabane, Phenyo “The Master” from Mochudi, Queen of Comedy Rekunde from Maun, Boniface from Mmankgodi and Zozo from Dikhukhung in the Goodhope-Mabule constituency. The event is slated for Christmas day at Cresta Mahalapye.

“We are excited to be working with a reputable company such as Major Moves Comedy when it comes to comedy productions, as this will be the first comedy event for MME. We are even more excited that the lineup will boast of 4 comedians from Maun, which will get patrons to really experience Maun comedy. I’m personally looking forward to the comedy night, as most of the guys have been performing around the country and now they will get to experience and share their Maun experience on the night and beyond,” said Mosimanyane of DOC entertainment.
The same lineup will travel to the popular Mingles Restaurant in Tonota where they will help raise funds for the first division football team, Tonota FC. With each show there will be an introduction of an up and coming comedian who will be given their first stint. For this series of ESP, Katlo ‘K-Lo’ from Kopong will be given a chance to showcase his fresh material.

My Maun Experience bigger and better this year 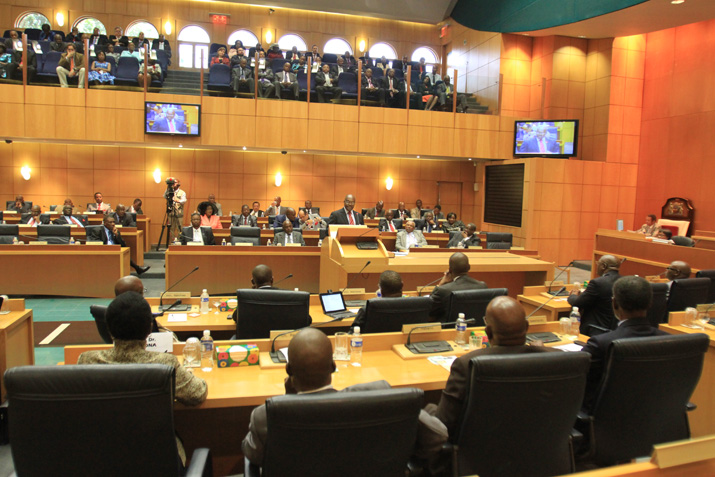