Following remarks from the President of the Botswana National Sports Commission Solly Reikeletseng about the master-plan to relieve the affiliates the charges of the national teams hence forming a new transformation of handing them to the Government under the office of the President.
The proposed phase of transformation could mean the Government will soon now have to directly fund the National Federations or just to say the affiliates of the BNSC who are under the helm of various sporting codes.

In many different countries National teams are funded by their own specific Associations/ Federations, one may wonder how the federations are able to fund national teams this could be either from, Selling TV rights, organizing tournaments, sponsorships, public money, selling merchandise.

In a country like Botswana where its realistically intricate for all sporting codes to score lucky with such financial initiatives due to stakeholder limitations and sponsorships.  For sports like netball and Athletics where TV rights revenues are not guaranteed it becomes a challenge for the Affiliates to generate their own funds beside from the grants from the mother body  which is BNSC.

With BNSC already citing financial plump from funding the national teams together disbursing funds for administration of Associations and their programs that can either be grassroots, training programs it becomes a hefty financial burden which leaves the sports commission crippled and sometimes calls for national teams to shun international engagements because of lack of funds.

Over the years we have had the likes of Boxing forced to select quite a limited number of boxers to represent the country on national duty and this has always been a hue and cry for the Associations as they feel they are forced to compromise every time they hold national team selections.

Grassroots programs have always struggled to reach their highest potential as compared to the anticipation when drawn on paper thus because of overstretched budgets and funds perhaps this could be a chance for the Sports commission to commit itself financially in ways of enhancing grass roots programs be it training of personnel or implementing structures and providing quality facilities that can be able to uproot talent from all corners of the country.

The takeover could help divert funds into more progressive focal channels that are quite vital to the overall growth of sports in the country.
On the other side the takeover could also boasts swift financial disbursements for the national teams prior to their national duty/engagements. This would in other ways allow the particular associations to make arrangement well in advance with the assigned personnel from the Office of the President hence vigilant budgeting can always be undertaken considering the nature of the national duty. 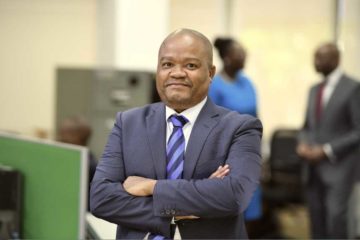