The regulator of Botswana Public Officers Pension Fund  (BPOPF) has forced it to close its offshore investment company which is based in the secretive tax haven of Jersey in the British Islands-where the fund transferred P14 billion early this year.

The Non Bank Financial Institutions Regulatory Authority (NBFIRA) has called the fund in the low tax jurisdiction of Jersey “illegal”, following an investigation on allegations of mismanagement at the pension fund.

BPOPF is the biggest pension fund in the country in terms of both membership and asset base standing at P50 billion, and is the third largest in Africa.
The pension fund risks reputational backlashes when it quietly sets up an investment arm and uses P14 billion of workers money in jurisdictions notorious for contributing to tax evasion and money laundering- which also have been on the spotlight for cutting secret tax deals with pension funds.

Tax havens have been criticized by international organisations like OECD, which Botswana is a member of, for impeding legitimate economies from functioning effectively. The recent Financial Secrecy Index listed Jersey as the richest offshore shelter with the most secretive banking laws.

The company, BPOPF Offshore Limited was incorporated at the Island in September 2014, and had assets amounting to P14.4 billion transferred to it, in contravention of the Pension and Provident Funds Act. It however is not clear how much money BPOPF has transferred to its offshore account since its establishment.

The Botswana Gazette understands that BPOPF invests only 30% percent in Botswana and 65% of its assets offshore; NBFIRA has no oversight over BPOPF Offshore Limited even though it exists to reinvest the fund’s offshore assets; further investments from the secretive tax Island could end up funding firms with questionable reputations.

A financial investment expert at Afena Capital says while local pension funds are exempted from tax on their investments, dividends from companies they invest in are taxed at source countries;
“In regards to Jersey and Guernsey, there are special tax incentives in housing special savings vehicles,” he said- meaning that a tax haven like Jersey would offer preferential or low tax deals to entities.

After investigating the matter, the Non Bank Financial Institutions Regulatory Authority (NBFIRA) instructed BPOPF to close the offshore company. Section 15.1 of the Pensions and Provident Funds Act states that: All the assets of a licensed fund, including any policy of insurance, shall be controlled and held in the name of the fund or a nominee which is a company registered under the Botswana Banking Act. Additionally, section 13.1 states that every licensed fund shall have a principal officer appointed, in terms of its rules, who shall be ordinarily resident in Botswana, provided that an external fund may instead appoint a person who is a responsible official of a participating employer, and who is ordinarily a resident in Botswana to be its representative.

BPOPF Offshore Limited is registered with the Jersey Financial Services Commission, which oversees regulation, supervision and development of the financial services industry in the Island in areas such as banking, collective funds, funds services business and insurance. The Botswana Gazette has established that due to lack of information exchange laws, NBFIRA will not be able to access the offshore fund’s assets for regulation purposes.

Boitumelo Molefe, the Chief Executive of the Fund told The Botswana Gazette that the regulator, NBFIRA, found that BPOPF had gone against provisions of the Pensions and Provident Funds Act; “The regulator found that the setting up of BPOPF Offshore Limited was against certain provisions of the Act, which say that the assets of the Fund shall be in the name of the fund,” she said.

“While the board of the offshore company was made up of BPOPF, and the assets were for BPOPF, the company was not BPOPF; the regulator was indeed correct. Assets are being registered under BPOPF,” said Molefe, confirming the contravention in the act of moving pensioner’s funds offshore.
“However, this does not affect the members’ assets in any way but it is only a matter of registering them with BPOPF…A total of P60 billion has been moved around from on shore to off shore and vice versa, in the last financial year,” declares Molefe.
The BPOPF’s assets of listed and unlisted shares, unitised funds and bonds, have risen sturdily over the years, reaching P52.4 billion by 31 March 2015.
The mammoth pension fund owns 80% of the shares in companies listed on the Botswana Stock exchange directly and indirectly.

It holds 20 % stake in Puma Energy, one of the country’s largest oil companies with over 30 retail outlets. Puma Energy holds lucrative commercial supply contracts with companies like Debswana, BCL Mine, BPC, Air Botswana, Civil Aviation Authority of Botswana and the Botswana Defence Force Airwing among others.

In 2015, BPOPF increased its domestic investments with the ground breaking of a P300 million five star Hilton Worldwide Hotel in the Central Business District of Gaborone adding P71 million to its property portfolio with the purchase of two properties in Francistown.

Thank you to Ramotswa police! 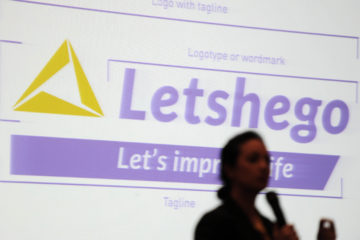