On 16th May 2014, the International Baby Food Action Network (IBFAN) released its triennial Breaking the Rules, Stretching the Rules report. The 2014 report documents alleged violations of the WHO Code of Marketing of Breast-milk Substitutes by 16 baby food companies, including Nestlé’s Infant Nutrition and Wyeth’s Infant Nutrition businesses, between January 2011 and December 2013.
We agree that breast milk is the best nutrition for infants and appreciate IBFAN’s sustained attention to the responsible marketing of breast milk substitutes.
We have carefully reviewed IBFAN’s report and thoroughly investigated all concerns raised with respect to Nestlé Infant Nutrition’s and Wyeth Infant Nutrition’s activities. We found a combined 24 instances of noncompliance with our Nestlé Policy and Instructions for the Implementation of the WHO Code across both of our businesses over a period of three years.
We were aware of most of these instances prior to the release of this report. We had already ceased eight of the activities and are currently addressing the remaining 10.
The six others were carried out by independent companies with which we do not have a relationship and we have requested that they cease these activities.
As we have done in the past and in line with our commitment to transparency, we will publish the findings of our investigations into the allegations in IBFAN’s report in the ‘Reporting on WHO code compliance’ section of our website.
We have for years sought to engage with IBFAN in order to address their concerns, and our offer still stands. We feel that such a direct approach would lead to more constructive actions and also prompt remediation where needed, as well as laying the foundation for a more fruitful dialogue.
We are fully committed to the responsible marketing of breast milk substitutes. We follow the WHO Code as implemented by national governments everywhere in the world, as a minimum, and in 152 higher risk countries we apply our Policy when it is stricter than the local law. In those 152 countries, we do not promote infant formulas for children under 12 months of age. 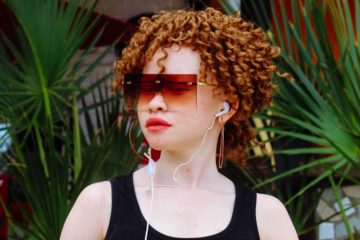