Despite not playing a more ‘starring role’ for a player of his caliber and coming off the bench in most games this season, Township Rollers attacking midfielder, Manqoba Ngwenya is still in coach Madinda Ndlovu’s plans this season, the coach has said. “If Ngwenya was not part of my plans, he would not be sitting on the bench at all,” said Ndlovu.
Ngwenya is one of the unlucky but skillful players as most part of his career has been dogged by injuries. Shakes, as he is popularly known by his admires, started his football career as a youngster at Wits University in 2000 and went on to spend unsuccessful seven years at Mamelodi Sundowns. What started as a promising career at Sundowns was spoiled by injuries and Shakes spent most of that period on the sidelines. The left-footed midfielder later had short spells with Mpumalanga Black Aces and Thanda Royal Zulu.
“Ngwenya is fit to play and is part of my team. Whoever plays on the day is the decision of the technical team. We have many players and we cannot please everyone,” said Ndlovu.
Local sport analyst, Jimmy George said Ngwenya is maybe played late by the coach because he does not have the speed like youngsters do and is introduced to add experience on the field. “Ngwenya is a kind of player who uses more of his brain than his pace. He can also keep possession. He is maybe introduced to motivate the youngsters,” said George.
He said Rollers is going to play in the CAF Champions League and they will need depth when injuries and fatigue creep in. Players like Ngwenya will be roped in when the going gets tougher to add depth and experience to the Rollers squad.

Reasons why you should vote for the Botswana Congress Party

The Tortuous Route of BMC Privatization 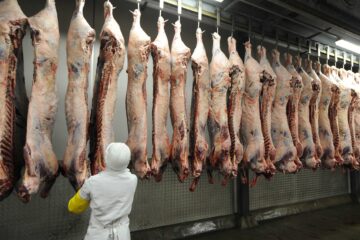