Recently dismissed Jwaneng Galaxy coach Oris Radipotsane was always ‘walking on a tight rope’ at the club according to several sources. Information gathered by this publication states that the coach’s future was uncertain before the season started as the club was linked with a move for Madinda Ndlovu while Radipotsane was still in charge.

Radipotsane’s place was uncertain despite leading the club to the beMOBILE Premiership. His contract was yet to be renewed as the club celebrated promotion to the top tier of local football, as a result Ndlovu was linked with the Galaxy job as rumours circulated that the Jwaneng outfit’s management were alerted of the former Township Rollers coach’s availability at the time.

While Radipotsane’s future at Galaxy was in doubt he was linked with a move to BR Highlanders but the talk was dismissed as mere speculation as Tebogo Mokute’s impressive exploits dispelled any notion that his job could be under threat.

Weeks later (in May), Radipotsane signed a new two year contract to lead the club into the premier league. After one win in seven games this season, Galaxy decided to part ways with him last week. The club is currently on a five game winless streak, their solitary victory was a 5-2 victory over Green Lovers FC on August 14.

Last week Oris was linked with a return to his former side Motlakase Power Dynamos. Motlakase parted ways with Dominic Changwe and appointed Blessing Moyo. Some speculated that Motlakase would approach Radipotsane to return at some capacity within the club.

Other Motlakase loyalists have suggested that Oris could take over next season given Moyo’s one year contract, which is expected to depend on premier league survival if a renewal would be considered. Reached for comment, Motlakase distanced themselves from the rumours.

“We have a new coach in Blessing Moyo, we do not know why our commitment to honouring our union with him is questioned. We are focusing on our new coach, what could happen in the future cannot be discussed,” said Motlakase’s Public Relations Officer Monty Gagomokgwa.
Radipotsane has been linked with lower league side Morupule Wanderers in recent days.

Khama is playing a dangerous game of ethnic separation 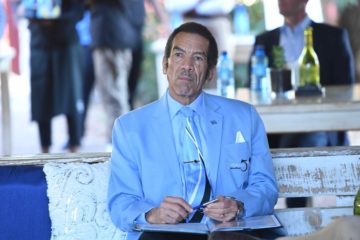