Over P100m funding for integration of SRHR and HIV

Botswana and six other countries in Southern Africa have received over a hundred million Pula -7 million Euros from European Union (EU) and $5million from Swedish International Development Agency (SIDA) for the Sexual and Reproductive Health (SRH) and HIV Integration and Linkage Project, which will be rolled out in Botswana next year. The project is expected to address barriers to efficient and effective linkages between HIV Reproductive Health and SRHR policies and services, strengthen health systems in the sub region and increase access and uptake of the services
According to the Deputy Permanent Secretary in the Ministry of Health, Shenaaz El-Halabi, the project has demonstrated that it is the answer to address challenges to address universal access to SRH and HIV services and to meet some of the Millennium Development Goals (MDGs). “I strongly believe if we can focus on the benefits of linking SRH and HIV, we will overcome the challenges that still remain, and these are vertical policies, systems, programs, services and funding, monitoring and evaluation tools,” she said.

The Permanent Secretary also noted that some of the benefits of integrating services would be better access to tailored SRH services for people living with HIV, improved access to and uptake of key HIV and SRH services. She said there will also be better utilization of scarce human resources for health, enhanced programme effectiveness and efficiency and as well as reduced costs from reduction in duplication services.

United Nations Population Fund, SRHR/HIV Linkages Programme Analyst Josephine Tlale said they were able to see the potential in the integration through the project after it piloted in 2011. She said the project, which is expected to be implemented in 2015 showed an increase in use of contraception, reduced hospital visits because patients were being given different services during one visit, an increase in HIV testing as well as a reduction on stigma and discrimination, because with integrated services everybody was entering through the same door, independent of their status.

She also stated that the integration project was essential because there was not enough progress done on MDGs before because much focus was put on HIV and AIDS only. “With this project, we were able to prove the benefits of integration of SRH and HIV because their root causes and target group are the same. While other Southern African countries are still on the pilot stage of this program, last year, a decision was made that the program will be implemented next year in Botswana because the government has already seen its benefits. Other countries participating in the project include Lesotho, Malawi, Namibia, Swaziland, Zambia and Zimbabwe.

Over P100m funding for integration of SRHR and HIV 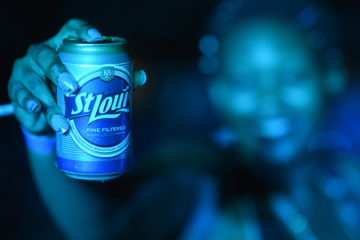