At least P1.1 billion   is needed to  develop and maintain   roads ,  street lights and the  roads’ drainage systems in Gaborone. This was revealed by the Gaborone City Mayor Kagiso Thutlwe  when addressing the  2015/16 first full council meeting on Monday.  According to the Mayor , a lot of  the infrastructure is in a very bad state, with only a few lights working, a lot of potholes on the roads and most roads needing total reconstruction  as they have long passed their design life.

“We need at least P1.1 billion  to be able to bring all these to a standard befitting a diamond city. I still reiterate the statements made by my predecessor and lobby for more funds to make these improvements for a better city and enhance trading which we all yearn for as a country,” Thutlwe said.

On the ongoing Botswana Intergrated Transport Projects, which are aimed at  improving  road traffic flow especially during peak hours, Thutlwe said the tender documents to procure the contractor  to carry the detailed design and upgrading of the traffic signals with installation of Centralised Traffic Control (CTC) have been completed and are   expected to be floated at the end of June. He explained that the upgrading of traffic signals and installation of CTC is estimated to take about 30 months and that the contractor will continue with operation and maintenance  for another 60 months.

Thutlwe further  stated   that a tender to maintain the existing signaling system in the city has been prepared, evaluated and that it is awaiting award.
He said as the council, they are aware of  heavy traffic in the city, especially during peak periods at the three major roads intersections  along the  K T Motsete Drive , commonly known as the Western Bypass.  “ These intersections have been identified as bottlenecks to traffic flow which would otherwise be smooth along the city’s major routes.”  As  a result, he said, the Greater Gaborone Multimodal Transportation Study has recommended undertaking studies to prepare for the conceptual design options at each of the three intersections where K T Motsete Drive meets Lobatse Road ( Game City), Willie Seboni Road ( BTV) and Kudumatse Road (Rainbow). 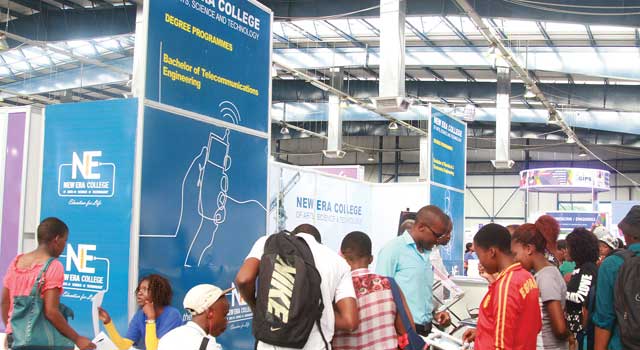