Corruption is not a victimless crime; it deprives government’s budgets ofproviding vital services such as clean water, electricity, health care and investment in infrastructure.

In 2012, state owned paper, The Daily News ran a story based on a report by the African Union that more than $148 billion dollars is lost to corruption in Africa every year.

In the report it was estimated that the figure is equivalent to 25% of Africa’s Gross Domestic Product (GDP).  To this regard, investigations revealed that Botswana may have lost, from its cumulative GDP, P332 billion ($31.55 bn) to corruption in the past 10 years (2006 to 2015), significantly hampering economic growth.

Investigations also suggest that P42 billion may have been lost in 2015 alone owing to corruption and money unaccounted for by government. The country’s GDP stands at a macho P151 billion as of October 4th. Also a vexed debate has emerged publicly as to how the 25% formula reported by the African Union was established since corrupt individuals operate in a complex veil of secrecy and are hard to detect, but Transparency International had placed it between 10% and 25% of public procurement budgets.

This Monday, in a web cast the Organization for Economic Co-Operation and Development (OECD) presented outputs of the Base Erosion & Profit Shifting (BEPS) Project to be discussed at G20 Finance Ministers meeting on 8 October in Lima, Peru.

BEPS is the tax planning strategies that exploit gaps and mismatches in tax rules to artificially shift profits to locations where there is little or no economic activity or value creation. Another recent report by the Tax Justice Network, an affiliate of both OECD and the African Union, estimated that the diamond rich Botswana is losing 10 billion Pula ($856 million) per year through corruption and tax evasion by multinational companies doing business in Botswana.
The Botswana Unified Revenue Services (BURS) Commissioner General, Ken Morris pointed out in their financial report that in 2014, more than 700 cases, at a cost of P245 million, of tax evasion and fraud were recorded.

He indicated that the BURS audit and investigations have revealed fraud issues, non-declaration of income by government employees, high net worth individuals whose lifestyles contradicted their tax declarations and individuals who under-declared income through the assistance of accounting agents.
Botswana is listed amongst the 62 countries participating directly and indirectly in the BEPS decision-making body, which the United Nations, International Monetary Fund and the World Bank Group are observers and actively participate as well.

The G20 mandate for the BEPS project was that international tax rules should be reformed to ensure that multinational enterprises (MNEs) could be taxed ‘where economic activities take place and value is created’. This implied a new approach, to treat the corporate group of a MNE as a single firm, and ensure that its tax base is attributed according to its real activities in each country.  Botswana conducts a lot of its business with multinational enterprises in major sectors such as mining, manufacturing distribution and retail.

Overall, this means that the BEPS outcomes are an attempt to patch up the broken old system, and will introduce yet more complexity, further inflating the incomes of the legions of tax advisors, lawyers and accountancy firms, the BEPS report stated.

Commenting on the release of the BEPS report on Monday, John Christensen, Director of the Tax Justice Network said: “Tax avoidance is deeply embedded in the business models of most multinational companies, and while we recognize the BEPS process as an important step towards addressing this issue, progress to date will not be nearly sufficient to tackle the problem.”

He stated that although some progress has been made on strengthening international tax rules, the process has been continually undermined by the army of paid corporate tax advisers and lobbyists, as well as governments seeking to protect some of their pet tax breaks to business.

THE BANKS AND DIRTY MONEY
Another associated report by Global Witness (June 2015) shone light on the ‘integral role played by banks in enabling corruption by assisting in money laundering and stashing of illicit funds.

In the report, the World Bank is said to be looking at over 200 cases of large-scale corruption and their analytical data showed that, “140 different banks around the world were involved in handling this stolen money, including over a third of the world’s current 50 biggest banks.”
“The largely hidden truth is that…corrupt officials need somewhere to hide stolen money.”
Barclays Bank and Standard Chattered Bank are fingered in this report as having played a major role in enabling tax evasion and handling money from corrupt politicians and customers who faced allegations of drug running and other money laundering crimes. Both were slapped with fines in the European Union (EU) and the United States (US), the report revealed.

Nevertheless, there is no information suggesting that the Botswana subsidiaries of these multinational banks may have or may have not been involved in these illicit operations.

TAX AND POVERTY
It is in this report Global Witness seeks to juxtapose the role of financial systems in enabling state looting at a devastating human cost and abject poverty in communities they carry out business in.
Early this year, media reports of leaked documents from HSBC Switzerland alleged that Steinmetz Diamonds (now Diacore) and the then directors laundered money and evaded tax on a massive scale through the bank.  Some of the famous diamonds crafted by Steinmetz are the 203.04 carats, De Beers Millennium Star and the magnificent Steinmetz Pink – 59.60 carats, flawless fancy vivid pink diamond.

Such lucrative diamonds are dug out from mineral rich regions of Boteti, Jwaneng, Letlhakane, and Kgalagadi areas where a visit introduces nothing much but tear jerking poverty and solemn under development. Economists have estimated that in the rural Boteti, 16,461 people out of 32,857 were living in abject poverty.

Currently poverty is perched at 19.3% at national level and owing to unscrupulous officials who steal vast sums of state money, decimating funds that should be spent on basic services; health, water, infrastructure, and providing electricity, thousands are trapped in poverty.

Evidently, corruption has thwarted competition and innovation and has added to the cost of doing business, undermining economic growth and threatening national security, the report highlighted.

Furthermore, tax evasion forms the major part of financial fraud in the country, followed by commercial transactions and criminal activities (money laundering, and drug, arms and human trafficking).
“The most serious consequences of illicit flows are the loss of investment capital and revenue that could have been used to finance development programmes, the undermining of state institutions and a weakening of the rule of law,” said the report.

In June this year, Parliamentary Accounting Committee (PAC) member, Paulson Majaga slammed BURS that efforts and systems they were using were inadequate and inefficient to curb this plethora of corruption, tax evasion and money laundering which costs Botswana billions annually. 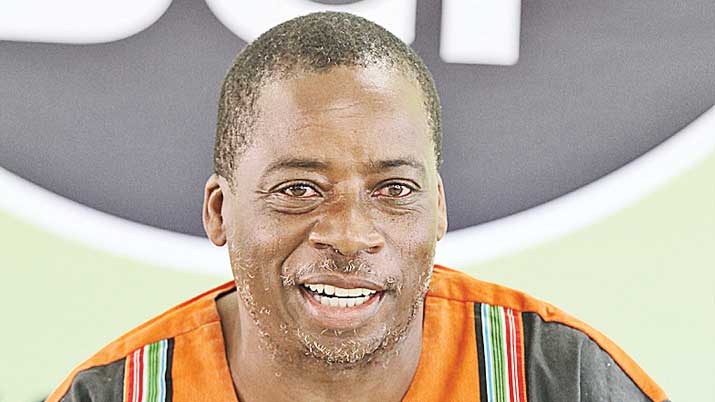