The Mascom Top 8 Awards will take place on Thursday at GICC where players and coaches will be rewarded for outstanding performances in this year’s competition. All eyes will surely be on the biggest prize of the night, the Player of the Tournament which will be contested by Jerome Louis, Kabelo Seakanyeng and Otlantshekela Mooketsi.

P40 000 will be up for grabs as the three players face off for the awards ceremony’s biggest prize. Last season Gaborone United’s Ronald Chikomo walked away with with the accolade.

Blistering pace, trickery and an eye for a killer pass, these are the qualities of BDF XI’s exciting winger. Seakanyeng has been the driving force in Matebele’s attacking department this season. The winger was instrumental in the 5-2 rout of Nico United in the semi final first leg .

He played a major role in all of Matebele’s goals during the game, his pace was a constant problem for Nico’s defenders. The player’s ability to play in both flanks has thrilled crowds and made him one of the outstanding players in the competition, his nomination for the top award is a reward for his talismanic status for BDF XI this term.

Highlight of the tournament: Seakanyeng won the man of the match award in the Mascom Top 8 final against Township Rollers after another dazzling display.

Key qualities: Assists, crossing ability and an eye for goal.

Rollers striker, Louis, ended the tournament as the top goal scorer with five goals. The striker’s tally has earned him the Yellow Boot award which is worth P20 000. Louis scored crucial goals against Mochudi Centre Chiefs and Gaborone United en route to the final.

He continued his impressive form by scoring the equalizer in the final. The Namibian striker has been Popa’s saviour on many occasions this season.

Highlight of the tournament: The striker converted a last minute penalty against Magosi in the quarter final second leg, the goal rescued Rollers and confirmed their passage to the next stage. Louis is also the only player to have scored a goal in each round of the competition.

Mooketsi can be described as a winger, with a playmaker’s soul who plays at left back.  The Zebras left back is arguably the best defender in the country based on current form.

He has the attributes of a modern day fullback who can attack with the same pace and verve of a winger, he boasts the passing ability of a playmaker and his pin point delivery has been hailed as the most accurate in the country.

Mooketsi is the first defender to be nominated for the biggest individual award of the competition. BDF XI had the best defensive record compared to Rollers, the presence of Mooketsi has also been a key component in their defensive prowess.

Highlight of the season: He caught the attention of Zebras coach Peter Butler after an impressive display against Nico United in the quarter final second leg in Selibe Phikwe. The game was the first official game witnessed by Butler and he made an immediate impression on the Englishman.

This publication has enlisted the assistance of football analyst Fabian Zulu to predict the winners of the above mentioned awards. Below are Zulu’s predictions.

Player of the tournament: Jerome Louis

Coach of the tournament: Madinda Ndlovu. 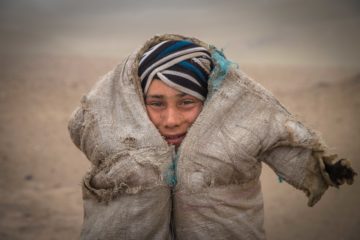