The parents of a murder suspect who was unlawfully and mysteriously  handed over to Botswana security agents by officials at the Department of  Home Affairs in RSA, mid-last year say they do not buy the government’s claims that their son disappeared from a hospital bed in Francistown recently. Edwin Samotse’s mother, Tatolo, said she suspects foul play, “because the Botswana officials stole my son from South Africa, and lied that he volunteered to come here.”

Samotse, 27, is alleged to have murdered one Tshegofatso Kgati on 18 March 2011 in Francistown by stabbing her with a sharp object. He immediately fled the country  to RSA where he stayed as an illegal immigrant for three years until he was deported in August last year.

Upon his arrival in Botswana, Samotse appeared before the Francistown magistrate court for a few mentions before being admitted at Nyangabwe Referral Hospital in October 14, 2014 for a liver infection. According to Nyangabwe hospital public relations officer Keekae Majeremane, Samotse left the hospital without being released on November 19, 2014. “Upon realising that Samotse was not  in the ward, the issue was reported to the covering sister. The Prisons Officer was also notified of the issue. The officer then called his superiors from the Prisons who then took over the matter and involved the police on the search,” narrated Majeremane, adding that they are still awaiting the police report. Majeremane said during the time that he left, Samotse was clinically stable. He also confirmed that Samotse was escorted by a security guard from Prison Offices by  the name  Sergeant Maidi.

During an interview with Samotse’s mother Tatolo in Chadibe last week, she told The Botswana Gazette that she received the sad news that her son was missing sometime in November last year. “The security agents came here and told me that my son was missing. I was surprised when they then entered my house and searched for him,” she said.
The troubled Tatolo said, “These people are playing mind games. I wonder how someone who was bed ridden and guarded 24 hours could disappear. I have accepted that my son could be dead wherever he is, and I want him from the government.”

“When he came here, Samotse told us that he never volunteered to be deported to Botswana as the government alleged. He said he was pushed when he tried to ask why he was transported without signing any documents.” Last year, the former minister of Defence, Justice and Security, Ramadeluka Seretse told this publication that Samotse was deported because he had volunteered to come home and face his crime. The Botswana Gazette can confirm that the State has withdrawn charges against Samotse two weeks ago.

There has been a tension between Botswana and RSA since the deportation of Samotse. RSA demanded that Botswana should bring him back as proper procedures were not followed.  Botswana has however  insisted that she will not send him back to RSA, nor undertake that Samotse will be spared the hangman’s noose. RSA’s Home Affairs spokesperson, Mayihlome Tshwete said they did not know about Samotse’s whereabout since his unlawful deportation last year.

Defence, Justice and Security minister, Shaw Kgathi said the issue is sensitive and he would not address it on the media. He referred this publication to the Botswana Prisons Services commissioner Silas Motlalekgosi who also refused to comment and referred the publication to the Attorney General. 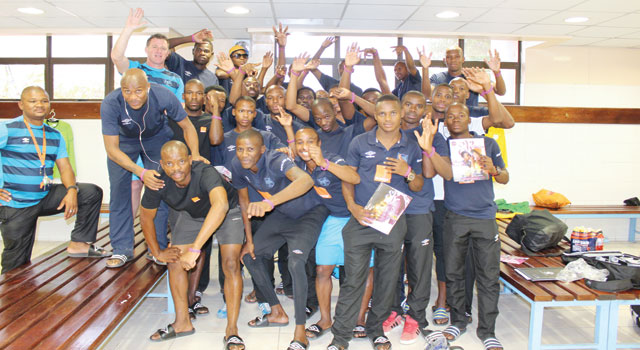