Six months ago a tiny village of six thousand people, 120 kilometers from Gaborone marched in unison to defeat the cloak and dagger machinations of the ruling party’s alleged “succession plan”.This village is the capital of Barolong who are led by  Kgosi Lotlaamoreng II. On the way to that village is also a shrine, unmarked and unremarkable, the spot where Gomolemo Motswaledi died in a car accident that has been labeled an assassination by some in the opposition.

Lotlaamoreng II would be sent by people to lead them in the political battle against the ruling BDP- Botswana Democratic Party. The incensed community which turned out in multitudes despite talks of palm greasing and alcohol beverages which the rich BDP crowd was said to be splashing in efforts to stem the buzzing tide of people who wanted to do nothing, BDP’s chosen candidate, Eric Molale. 2015 was a monumental year, filled with remarkable events, and The Botswana Gazette in its honour, compiled a list and reviews of people who stood out as  “persons of the year”, and in that list is the people of Goodhope-Mabule who lost their MP James Mathokgwane to a controversial and unexplained move to Selebi-Phikwe Economic Diversification Unit (SPEDU) upon being offered a job by government.

Rumours surfaced that Mathokgwane was “bought” out by the BDP, and following the vacancy, the BDP was understood to have been pooling all resources in a bid to win the constituency and legitimize the specially elected Eric Molale. Molale was mooted as being in President Khama’s grand succession plans, but clobbered by Kgosi Lotlaamoreng who the BDP had seemingly underestimated. He was controversially re-nominated to be a Specially Elected MP in parliament, a position to which he was banished by Goodhope-Mabule people who would seem to have scrambled Khama’s succession.

The following are other Emerging personalities of 2015:

Nigel Amos, world IAAF Diamond League athlete
If there does any athlete deserve recognition this year, its Amos. He took the blue, white and black flag across oceans, leaving his competition in dust as he brought medals to his tiny homeland not famous for many things besides its peace and diamonds.

Ignatius Moswaane, BDP Francistown West MP
He was one of the most animated members of parliament this year, and went from crying- to breaking his spectacles in what some interpreted as a rebellion against the party line. He however adamantly said that he was only representing the people who voted him.

Bashi Gaetsaloe BDC CEO
For his great leadership and a turnaround strategy that bore impressive results at the Botswana Development Corporation (BDC), Gaetsaloe’s name feature on this list.   His turnaround plan resulted in a 29% profit, a revenue growth from P150 million to P194 million compared to the previous year. The group also increased from P286 million to P339 million this year. This is minus the writing off of the Fengue Glass Project’s P500 million debt.

Botlogile Tshireletso BDP Assistant Minister of Local Government
Mma Tshireletso has been consistent and very active in her support of minorities like homosexuals and sex workers. She criticized both government and Members of Parliament for shying away from discussing these issues. Some however say she failed to take initiative during the national tragedy of Matsha students. The Remote Area Development Programme (RADP) falls under her Ministry, and while not the substantive Minister, she could have done better as the emerging mother of the nation- to give assurances to families and victims of the tragedy which claimed 8 young lives.

Mohammed Khan UDC- Molepolole North MP
Khan has to be applauded for being the critical voice in the Matsha tragedy, when everyone from government wanted to get away with technocratic moral platitudes and not account for what transpired. He questioned some of the information government was releasing, saying there were delays that may have resulted in preventable deaths following the accident. While the tendency of government officials was to guilt trip people from seeking answers, men like Khan need to be applauded for standing up to attempts by some authorities to dull down citizens and stop them from demanding accountability.

Joao Carlos Salbany – lawyer
The pitbull lawyer who single handedly stopped government security officials from confiscating computers from the Botswana Gazette newspaper early this year. Fighting for freedom of the press, the brave lawyer endured a brief jail time. While the DCEC later successfully raided the newspaper confiscating computers, the incident had implications for democracy and was an eye opener for many. Having opened a case challenging the DCEC for its infringement on rights and personal freedoms of all inconvenienced by it, Salbany is now in South Africa with his work permit still unrenewed.

Pearl Morake (Boxing)
Morake has already scooped two awards in 2015, Sports Woman of the year and was recently honoured as best female boxer of the year by Botswana Boxing Association. She is expected to book her place in next year’s Olympics and continue her dominance over fellow women boxers on the African continent.

Thapelo Olopeng BDP- Minister of Youth Sports and Culture
The Minister who is receiving both raving reviews and equal criticism as a populist was in the news for initiatives and policy announcements which sought to make easy access for the youth to grants and funding by government in a bid to energize them to be positive and to create employment for themselves. His enthusiasm is scrutinized by some people who say he can afford to be a busy body because he benefits from having easy access to the president, who is his close friend.

Loser of the year
It would not quite be a year in Botswana if we did not include in the list, personalities who also left some people with a bad taste in the mouth through their disappointing conduct, who did not cover themselves in glory nor dignify the country for placing its faith in them.

Shaw Kgathi BDP- Minister of Defense Justice and Security
When he blurted out that Botswana would not give Eritrea national team players asylum before their request was approved, Kgathi showcased his remarkable tactlessness and ignorance of the due process which he is overseer of as Minister. His gaffe exposed government to criticism about the calibre of people it assigned to Ministries like his which require proper statesmen, and not gun-ho and misguided nationalists like Kgathi who do not embrace Botswana’s role on the international stage and the implication of international law and need to protect other people from the abuse of their undemocratic countries. Kgathi’s brash conduct and lack of shame in the face of a potential miscarriage of Justice makes him the monumental disappointment of 2015, and it is just as well that he shrunk into insignificance as his Ministry spawned one controversy after another throughout the year. President Khama will do well to reshuffle the cabinet and demote him. 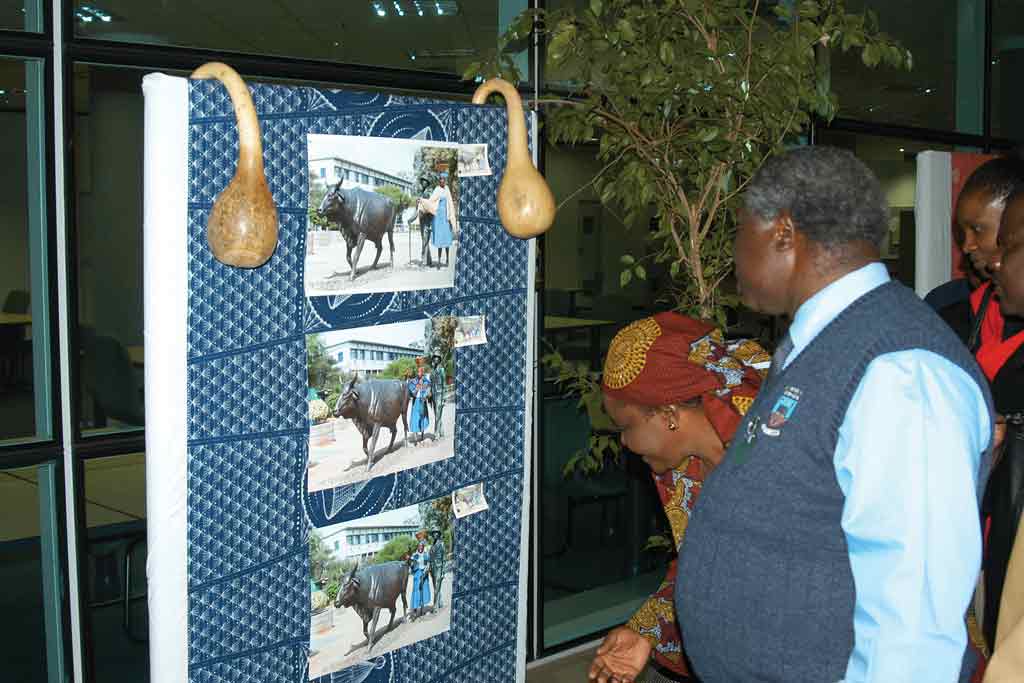