Makgophe, who made these remarks during a press conference following the Botswana Police Senior Officers Annual Conference in Gaborone recently, said officers used reasonable force during protests by Botho University and University of Botswana (UB) students.

“We are not going to deny people to exercise (sic) their right to demonstrate if they are not happy with something. All we request is that let us respect the laws of the country.  No amount of disagreement justifies damage to property,” he said.

Makgophe explained that while police officers are abused everyday by the same people they protect, he appreciates the restraint exercised by the police during the protests.  “These demonstrations started two weeks ago, and we were monitoring them but we never arrested or assaulted anyone,” he said, stating that what was surprising was that nobody seemed to pay attention to vandalism but people only wanted to blame the police for brutality.  “None of the media houses is (sic) talking about the damage to property, all you are talking about is police brutality. Let’s try to balance issues… when there is damage to property, we have a statutory obligation as the Botswana Police to intervene   and bring to book those who cause damage,” he said.

His claims were however rebutted by journalists, some who said they had photos and videos of a scuffle between the police and Botho University   students at the Game City taxi rank, which left some students wounded while others sought medical attention.

“If there is evidence to suggest that we went overboard, action will be taken,” he assured.

For his part, Kago Mokotedi, the lawyer representing Botho University students issued a stern warning to the BPS saying as their legal representatives, they will not turn a blind eye to the brutality meted on students.

He confirmed receiving reports that some students were brutalized by the police during protests at Botho. “The police commissioner should be warned that we are still taking further instructions regarding the matter, we are going to take them head on,” said the lawyer.

Botho School Representative Council (SRC) President, Kabelo Dikatholo confirmed that a few students were brutalized by the police after they gathered in the school court yard. “There is a girl who sustained head injuries as a result of rubber bullets and some who were seriously injured to an extent that they had to seek immediate medical attention,” he said.

Dikatholo said they are in consultation with lawyers including Duma Boko who will advise accordingly on what steps should be taken regarding police brutality. 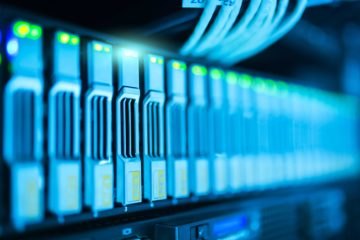