BDP’s major setback over the years since 1962 has been its plummeting popular vote, the sure sign that by and by, people have learnt to disagree with BDP’s rule and world view. By registering such a steep decline in 2014, a 47% unpopular vote, it has to be agreed as has been accepted by its own gifted politicians like Botsalo Ntuane that the BDP is now at its proverbial cross roads. That said, does the BDP see its problems the way interpreters of trends and statistics see them? That answer lies somewhere within the narrative the party tried to propagate immediately after its dismal showing in 2014; the notion that opposition parties used dirty tricks to de-campaign it, like the sentimentality capital it says was derived from Gomolemo Motswaledi’s death, or the recession which it (the BDP) says was not responsible for causing.

Not many people within the ruling party have demonstrated any readiness for honest introspection following 2014, save for the usual “stern warnings” about factionalism and insubordination from the party leadership. Ntuane tried to sell a reform agenda ahead of the Mmadinare Congress- whose clear objective was to list all the things that continue to set the party back, for them to be engaged with the purpose of modernizing the party and steering it out of its paternalism and refusal to engage itself honestly outside the grip and agenda of its president who not always interested in improving the party’s organizational integrity.
Such is the extent of the misanalyses of the party’s problems that at every corner, since Ntuane was successfully muzzled, people who speak on behalf of the BDP deliberately deflect any responsibility to accept that the party is in some measure of trouble which needs immediate attention and honest self engagement. Instead, the denial keeps growing, and it has now found a home in the Economic Stimulus Package (ESP) narrative which many BDP activists sell as a cure-it-all solution which they expect to will win people over; “The ESP is a clear demonstration that we shall respond to challenges our people face robustly and without being indecisive. We have had an economy that has not been performing at its best since the recession…the ESP basically helps us upgrade infrastructure, create more jobs and enhance consumer spending. The benefits should not only be seen from the perspective of tenders- rather the social aspect of these projects as well as the trickle down effects of money that comes from more people being employed and more businesses being created are huge incremental aspects,” said  Thapelo Pabalinga last year.

-Successful national congress which was held at Mmadinare
-Some measure of unity and single mindedness after Mmadinare Congress.
– Youth Empowerment; over 20,000 youth enrolled in up-skilling programmes whose face has been the Minister of Youth, Sports and Culture, Thapelo Olopeng.
-Gaining some prominent grassroots activists from opposition parties.
Setbacks:
-Losing influential members to the BCP
-The water and power crises shadowing BDP’s governance
-Declining popular vote
-Failure to ensure accountability and fight corruption
-The revolving door- recycling senior civil servants in leadership positions

UMBRELLA FOR DEMOCRATIC CHANGE
Main opposition Umbrella for Democratic Change (UDC) has proved to be a force to reckon with in its short time of  existence. Its message which was bought by the 206,969 voters in 2014 was that of “change” and offering “alternative and better” solutions. Led by the charismatic Duma Boko, the party was able to attract intellectuals, the youth and the young at heart, constituencies which in the past tended to give the BCP the benefit of doubt.

While much has been made about how the party unfairly benefitted from the death of Gomolemo Motswaledi, the occasion of the man’s death was probably necessary to shock people who vote opposition parties or those in the middle who in the past have been getting away with pretending that they are not affected by politics. The ability to notice the passing of a prominent political figure as an attention worthy development was important in pushing skeptics and political adolescents off the false comfort of the fence.

The biggest casualty of UDC’s resurgence was BCP which was clearly outwitted and out-styled because even if it did not do much wrong in the 2014 polls, it simply lost out to the political fervor which the UDC benefitted from in the build up to the election.
“The reason we performed well is because the three parties decided to work together in unity. Another reason was that the people were tired and needed change,” UDC Spokesperson Moeti Mohwasa told Botswana Gazette.

Mohwasa said they were not shocked by their performance in 2014 elections because they knew what people wanted.
However, not long before its first parliament year ended, the UDC started to attract negatives vibes from some people who said the party was not pro-active and audible enough in parliament, an analysis which the party contradicts; “We are satisfied with our participation in this year’s parliament. What is left is to work on achieving our goal of consolidated opposition. United opposition will guarantee us victory because as you can look at last year’s elections BDP’s popular vote was segmented,” said Mohwasa.

While it is obvious that the UDC could have won the 2014 elections if it had cooperated with the BCP, BDP defenders do a good job of reminding the party that IF’s do not win elections at the end of the day, and that opposition parties cannot rule from wishing they were a majority. It is for this reason that perhaps, in lessening its attacks on the BCP and sweetening the talk of unity, the UDC was able to attract the BCP back to itself in 2015- as the party took a resolution to come to the table to kick start unity talks.

It is not clear what the two parties will agree when they finally tackle issues over which they disagreed in the first umbrella talks. The UDC will however rest assured knowing that the BCP has learnt from the terrible detachment and scape-goating   it suffered following its poor showing in 2014 elections.
2015 Highlights: Winning back the Goodhope-Mabule parliamentary seat
Setback: BMD’s public internal fighting on readmission of former leader Sidney Pilane to the party.

The BCP suffered the biggest humiliation in 2014 general elections- with it’s politically tried and tested president losing to rookie Phenyo Butale who represented the UDC. Instead of reading the mood and steering his party to opposition unity, Saleshando chose to be isolationist and dismiss the UDC vibe as over prized excitement. At the end of the elections, it was clear that the party had misanalysed the dynamics, emerging with only 3 parliamentary seats.
Party Vice President Dr Kesitegile Gobotswang said in an interview that they took time to recover from the loss.The leadership and the general membership had to get counseling and mobilization according to Gobotswang; “This year (2015) we had a leadership forum at Palapye and continued with addressing the issues that made us perform badly last year. We then decided to plan for the future,” he said, “In last year’s elections we are satisfied that we delivered our message very well but it showed that the people had other interests,” accepted Gobotswang.

As if the humiliation of elections was not enough, the BCP continued to suffer internal fall outs. The party went to the Kanye Congress to participate in one of the most divisive central committee it had ever seen. One of the major setbacks of the Kanye Congress was the loss of members from its attack dog group, Ditimamolelo Group: “We did not panic when they defected to the BDP. As experienced politicians we knew that when leaders defect the grassroots remain intact. When a leader goes it will leave just a small dent. Now our main duty is to keep the leadership united,” said Gobotswang.

With the BCP reviewing its position on unity in 2015, it remains to be seen what the effect of their cooperation with the UDC will be, assuming that they will ultimately agree on a model of cooperation. What is certain is that unity, should it happen between the two parties, will spur the BDP to employ strategies that will destabilize these parties.

Already, prominent members of the BCP have been recruited by the BDP in what is being dismissed as once off defections motivated by greed. However, the more the so called big names keep leaving either the BCP or UDC to join the BDP, the more the room for skepticism will grow and cast a level of doubt which may grow to pose a challenge for opposition parties in the run up to the 2019 elections.

The unity of the BCP and UDC does not guarantee the technical knockout of the BDP because it will take time for these parties to be well synchronized. How they will emerge in the bloody ground battle in the three years in which it will be their first time working together against a party that has mobilized and remobilized for 53 years remains to be seen.
2015 Highlights: -Recruiting members in the BDP stronghold, the central district.
-Winning two council by-elections.
Setback
Losing Ditimamolelo members to BDP 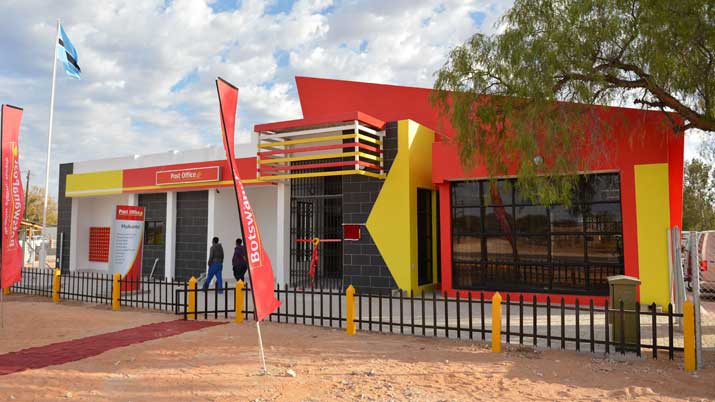