The newly elected Botswana Congress Party (BCP) Youth League President Tumiso Rakgare has called on President Ian Khama to resign as he has failed to fight corruption but rather embraced it. Addressing the media for the first time after being elected, Rakgare said making reference to news that Director General of the Directorate of Intelligence and Security Services (DISS), Isaac Kgosi, will not be prosecuted while the investigations against him have long been completed.

“Corruption is rampant in Botswana, our President has not acted as he is friends with the culprits,” Rakgare said. He expressed worry that the President is yet to sack or suspend Kgosi at least until he clears his name in the courts of law. Rakgare said the President has authority over all the bodies that can act against Kgosi but he allows them to ignore charges against Kgosi.
“We know the Directorate of Public Prosecution (DPP) Leonard Sechele is friends with Kgosi, he is his former legal advisor, we cannot expect him to prosecute his friend, its only up to Khama to act, but he won’t, he should do the honourable thing and vacate office, that will show us that he really loves Botswana,” Rakgare said further stating that they have lost confidence in the DPP.
Corruption allegations against Kgosi flooded the media last year after contents of his docket were leaked to the media and shared with the public. Media reports indicate that Kgosi is likely to face 16 counts of corruption from the initial 35 previously prepared by the Directorate on Corruption and Economic Crime (DCEC)

Sechele is a former employee of DISS where he worked under Isaac Kgosi. Some of the allegations of corruption Kgosi would face were allegedly committed while Sechele worked under him. Sechele’s Deputy, Kabo Leinaeng, is said to be Kgosi’s acquaintance as well as his neighbour in Phakalane Estates while the only other senior official eligible to handle a case of this magnitude, Ambrose Mubikwa, is an expatriate.

In January, Sechele said in an interview with The Botswana Gazette that there is no reason for people to get excited about Kgosi’s alleged multiple corruption offences because there is no guarantee that he will be prosecuted. “I do not know why everyone seems so excited about this Kgosi thing, they should wait until it goes to court if indeed the matter ever goes to court,” Sechele had said.
Khama has since said there are allegations which were made against Kgosi and contact was made with the DCEC and indicated that they were investigating. The President said they were still waiting on the investigation from the DCEC. He said there is no reason to suspend or dismiss Kgosi on the basis of an investigation.

He said there have been three cases involving ministers and in all cases, it is either the charges were dropped or the cases dismissed. He said the principle of innocent until proven guilty should reign supreme because removing someone from their position on the basis of untested allegations has the potential to destroy careers and reputation. He pointed out that there was a case involving the Minister of Finance and Development Planning, Kenneth Matambo, in which he was ultimately cleared. 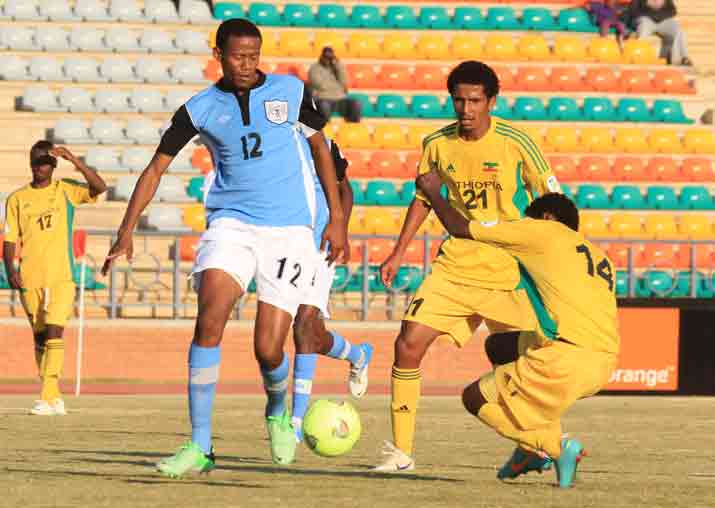