The Serojane Family in Gamosusu Lands in Metsimotlhabe would not stop rejoicing and praising Detective Superitendent Sergeant Marapo who was investigating the murder of their father Rapula Segojane after the Court of Appeal upheld the High Court judgement that the perpetrator, Patrick Gabaakanye be sent to the gallows. Gabaakanye, a serial criminal has notoriously earned the name ‘Raselepe’ from the terrified Metsimotlhabe community. At the time of his conviction last year, Gabaakanye’s criminal exploits included more than twelve convictions of theft, armed robbery, rape and murder that date from as far as 1983,

“Ba kae babega dikgang, a ga baa tla,” asked Serojane’s wife, Fortie Serojane shortly after the court session as The Botswana Gazette team approached her. The old woman would proceed to show our team scars on her head stating that she would now get closure as the man who destroyed her home will be hanged. “Just the thought of that monster gives me nightmares, he brutally murdered my husband and almost killed me,” she said. Serojane would not go much into the matter stating that recalling the incident rips her heart apart.

The 55-year old Gabaakanye was sentenced to hang last year by Justice Walia, for the murder of a blind 74-year old Serojane, at Gamosusu lands five years ago. He was also said to have attacked Serojane’s wife, Fortie Serojane, with an axe and left her with a deep wound on the head.

Gabaakanye approached the Court of Appeal with his lawyer, Martin Dingake, who told the court that the evidence against Gabaakanye was not comprehensive enough for a conviction. Dingake argued that the High Court had erred in convicting his client on the basis of his confession statement as he said it was not made voluntarily. Dingake further argued that the state had failed to prove its case beyond reasonable doubt.

A panel of three judges: Justice Legwaila, Justice Lesetedi and Justice Gaongalelwe dismissed Gabaakanye’s appeal against both conviction and sentence stating that the evidence was sufficient to convict Gabaakanye and that the sentence was relevant as the murder was pre- meditated.

During trial, the High Court had been told of how, on the evening of 26 May 2010, Gabaakanye attacked the elderly couple and robbed them of household utensils which included tupperware containers, cups and cutlery as well as an Omega Radio and a Nokia 1208 cellphone.

On the fateful evening, Gabaakanye was said to have gone to his victims’ place pretending to be looking for accommodation. While he was still talking to Fortie, the old man emerged from the toilet and Gabaakanye allegedly grabbed him and struck him repeatedly on the head with an axe. Serojane collapsed and when his wife screamed for help, Gabaakanye was said to have hit her on the head and she passed out only to recover at the hospital where her husband was certified dead.
According to a post-mortem report prepared by Dr Enock Prabhakar, Serojane suffered cranial blunt force as well as cutting force injuries “caused by a heavy cutting weapon.”

The deceased had suffered at least five different blows to the head. After the brutal attack on the Serojanes, Gabaakanye was said to have evaded the police and continued with his criminal activities.

The police got wind of his whereabouts after he allegedly attacked another victim, Dibula Manake and stole her handbag and cellphone which he used to call his friends. It was after one of his calls was traced and, with the help of Mascom officials, it was found that he had been in communication with another jailbird, David July, that the police managed to locate and arrest him.

Justice Walia then passed a death sentence after considering that there were no extenuating circumstances to mitigate against Gabaakanye’s moral blameworthiness. Gabaakanye who has been in jail ever since he was arrested also received a 5-year jail term which was backdated to 2010. 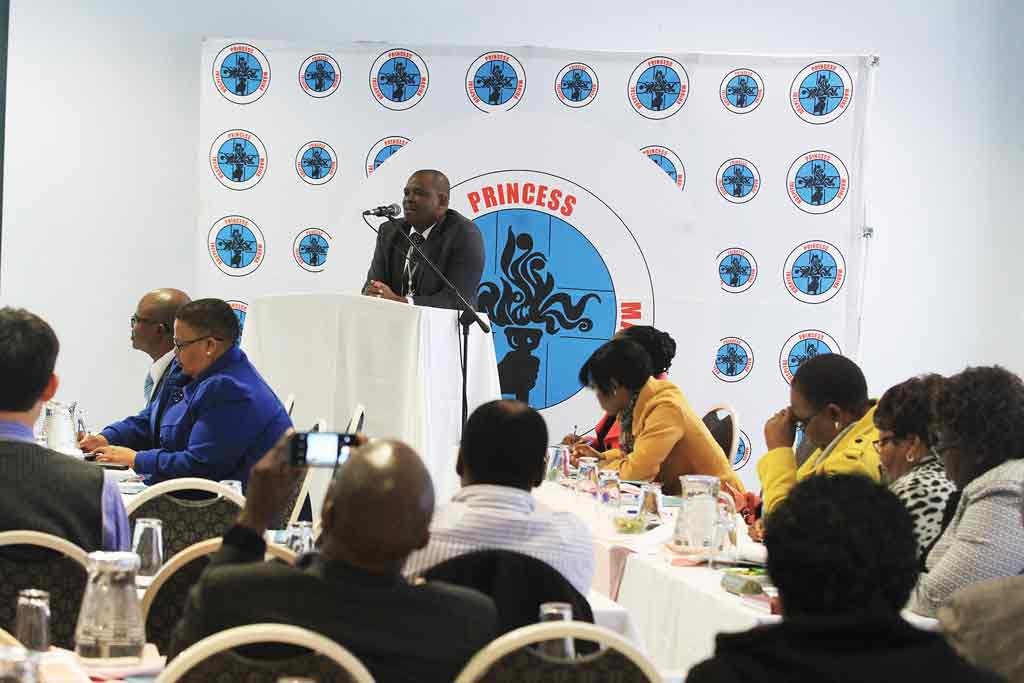