SI is against the government’s decision which, it said; “banned Basarwa from hunting, and forced them to apply for permits to enter the Central Kalahari Game Reserve (CKGR). And they are now being pushed to the brink of extinction.”

In order to exert pressure on Botswana, SI decided to call for an international boycott of tourism to the country until Botswana upholds the Bushmen’s rights. However, the government has been oblivious of the campaign and also denied its effects on tourism and diplomatic relations.

Recently, various artists across the world joined the pressure group’s campaign for tribal people’s rights. The celebrities signed a declaration which calls for “a new approach to conservation.” The declaration said tribal people are being illegally evicted from their ancestral lands in the name of “conservation.” This will antagone President Khama’s mission of conservation which has seen him garnering various awards for the protection of wildlife. This year Khama was honoured at the Annual Rhino Conservation Awards held in Johannesburg, South Africa in the category of Best Political and Judicial Support. He was also honoured for “outstanding work done” in the fight against rhino poaching in Africa.

“We call for a new approach to conservation, one that respects tribal people’s rights, for all of humanity. Tribal people are generally the best conservationists; they have managed their lands sustainable for many generations. Forcibly removing tribal people from their land usually results in environmental damage,” read the letter by the celebrities.

The celebrities said such removals are a violation of human rights and should be opposed by conservationists. The stars advised that the cheapest and quickest way to conserve areas of high biodiversity is to respect tribal people’s rights – studies show reduced deforestation and forest fire rates, and greater biodiversity, on tribal land. According to the celebrities the world can no longer afford a conservation model that destroys tribal people: it damages human diversity as well as the environment.

The most intense of the protests against Botswana by SI’s website is the direct petition to the Minister of Tourism and President’s younger brother, Tshekedi Khama. The petition encourages people across the world to write to Tshekedi that: “I am appalled by your government’s treatment of the Bushmen of the CKGR. Until their right to live freely on their land without permits is recognized, I’m not coming to Botswana.”

The internet campaign had a target of 10,000 people to undertake to boycott Botswana tourism and so far 9,363 have decided not to come to Botswana and the number is rising. This publication could not reach Minister Khama for comment as his mobile phone rang unanswered.

President Khama is known to have personal interest in tourism. His fond love for wildlife, even at the time he was still with the Botswana Defence Force (BDF), could be manifested by his visit to zoos and pictures of him cuddling wild animals. Many suspect that the reason why Khama appointed his younger brother as Minister for tourism shows where his interests lie. He also has a stake Wilderness Safaris, a giant safari tour operator.

SI, political opponents, and human rights groups condemned Khama when he refused the Basarwa lawyer entry into the country to represent the latter on an eviction case against government. This, according to these pressure groups, shows Khama’s lack of regard for Basarwa by denying them legal representation of their choice. Khama’s regime was also accused of deliberately denying Basarwa water while prioritizing tourism. This is at a time when the Kalahari Plains Camp was opened after Wilderness Safaris entered into a lease with the government. SI complained that the lease made no provisions for the rights of the Bushmen on whose ancestral lands the camp sits. According to SI, Wilderness Safari did not consult Basarwa about the venture.
Khama’s government has also adopted an anti-poaching policy of “shoot to kill” to curb poaching. This has received mixed reactions internationally. However, President Khama and Tshekedi defended the policy and are unfazed by criticism while the BDF continue to be deployed at tourism sites to kill armed poachers. Last year in Parliament, Khama was accused of influencing the deployment of police officers to ‘guard’ Wilderness Safaris. 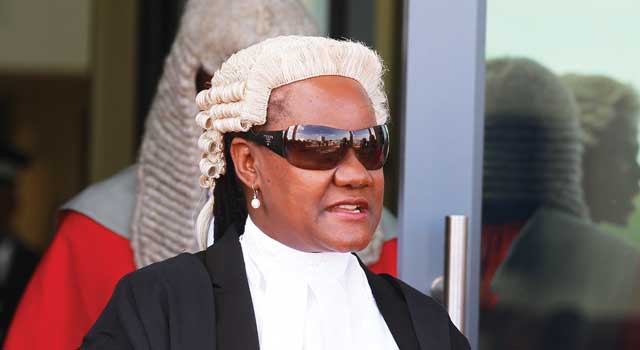