Botswana Public Officers Pension Fund (BPOPF) Chief Executive Officer Boitumelo Molefe says her organization has had to restructure itself in order to perform its duties efficiently.
Speaking at the final Afena Capital Business Club Seminar of the year last week, Molefe said for the first time, they will have a back office and do their own administration work independently. “We have had to re-organize the pension fund. The board has recently approved the new structure and we are busy with implementation,” she said.
The BPOPF, which recently acquired a 20 per cent stake in Puma Energy, restructured due to staffing issues, “We were not staffed enough to perform the duties that we have to, we needed to bring skills and have a structure where decisions need to be made a bit faster,” Molefe told the media.
Quizzed on her vision for the next few years, Molefe reflected on BPOPF and the board’s responsibilities which she said there are plenty yet to be fulfilled. “We also have responsibility towards the market, to assist this economy to develop. We deal with entities that themselves are concerned with doing things right,” she said, noting that they also want to be seen as important in developing the financial sector in the country.
Molefe also talked about their P1.2 billion infrastructure budget in which P300 million will be set aside for citizen contractors expected take part in the construction of the Hilton Hotel at the Central Business District in Gaborone. She said this initiative was testament that they are committed to citizen empowerment.
BPOPF is currently sitting on an asset base of just over P50 billion, and is reportedly the third largest pension fund in Africa. About 65 per cent of BPOPF funds, according to Molefe, are in invested offshore equities and bonds. 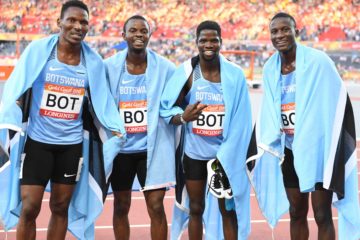