Township Rollers have registered their interest in soon-to-be free agent Mogogi Gabonamong. The midfielder was released by Bloemfontein Celtic last week, he will be available on a free transfer for his potential suitors during the off season.

He has been linked with a return to Popa, a club he left in 2006 to join Engen Santos. This publication once revealed the player’s desire to return to Botswana, he had noted that an acceptable offer would see him sign a deal with any local club.

Rollers, bankrolled by businessman Jagdish Shah, are regarded as one of the player’s desired destinations. This reporter understands that the player has other options in the Premier Soccer League but a return to the local scene is his first choice option as he revealed to our publication in January.

Popa’s majority shareholder, Shah informed Gazette Sport that they are interested in the experienced midfielder but also revealed that they have not yet made contact with him. Gabonamong is currently on national team camp ahead of the 2015 COSAFA Cup tournament, as a result the club is yet to begin talks with him.

“We are always interested in making acquisitions that would improve our squad. Gabonamong is a player we are interested in but we have not had the opportunity to discuss a deal with him. He is currently on national camp but we will schedule a meeting with him  to see if we can strike a deal. Any move will depend on what he expects from us in terms of wages and signing on fees. Its one thing to be interested in a player but the most important thing is to strike an agreement that is favourable for both parties,” Shah explained.

Shah also stated that the club would be willing to extend Dirang Moloi’s loan term if the playmaker has a desire to re-sign with the team once his six month contract elapses at the end of the current month.

Look out for KhoiSan 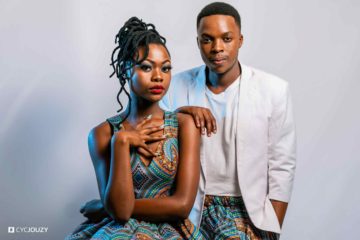