Consumer Watchdog Director Richard Harriman has indicated that some other retailers seem to no longer use the one-to-one pricing approach but are still exploiting local consumers by charging unreasonably high prices. “Some certainly seem to have stopped the approach they used in the past when they either adopted a one-to-one pricing approach or sometimes charged even more than that in Botswana. However, based on a quick survey we did last week, the prices we are paying in Botswana are still significantly higher than those being paid by our South African cousins,” Harriman told Gazette Business.

He argued that while the cost of transporting goods from South Africa to Botswana maybe cited to justify the high prices it does not explain why Batswana pay unreasonably steep prices for goods. “While we understand there might be transport costs involved in bringing produce to Botswana from SA, that doesn’t explain why prices aren’t higher in remote areas in South Africa. It doesn’t also explain why they seem to charge better prices in other neighboring countries. I think there’s still a long way to go,” said Harriman.

Other stores are also not passing on the benefit of the exchange rate to us. This needs to stop and retailers need to start respecting both the laws and the people of Botswana,” he said after this publication asked if certain retailers who came under the spotlight for this practice in the past, had ceased it.

Mr. Price is however reported to be among South African stores which refuse to introduce fair pricing. Following a series of media inquiries intended to get an explanation regarding its high prices, Mr. Price Group claimed that their pricing considers costs of doing business but refused to answer other questions on the issue. “As stated previously, our pricing is updated periodically based on regular review. Our pricing takes into account the unified cost of doing business across the various Southern African markets.  Our FX strategy accounts for the different underlying costs across territories and this may require we use a single pricing structure,” said Mr. Price Group Communications Manager   Lee-ann Heyburgh.

On whether the retailers could be colluding in charging high prices, Competition Authority’s Investigations and Research Analysis officer Thabiso Mbongwe indicated that a mini survey conducted recently has established that there is no price fixing. “There is no price fixing at all as the shops price their goods separately. Price fixing happens when there is an agreement to peg prices at a chosen amount. We have established that there is no such agreement,” said Mbongwe. 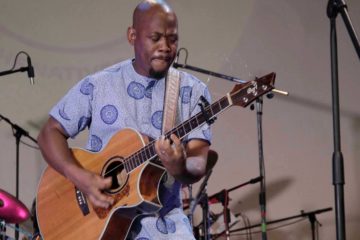