The Southern African Development Community (SADC) Ministers responsible for Environment and Natural Resources and the Ministerial Committee of the Organ on Politics, Defence and Security Cooperation has adopted the Tshekedi Khama position on taking the war to the poachers’ doorstep in their recent report titled Law Enforcement and Anti-Poaching Strategy (LEAP) 2016-2021.
In the report, the Secretariat also pens down a multi thronged strategy that is being criticized for promoting judicial interference and undermining of the court processes by legislations that seek to negate courts from giving minimum penalties for poaching.

More dollars, more guns
The Secretariat raises various issues of concern regarding the escalating killing of wildlife and the illegal trade fuelled by what they term as poor judicial processes, porous borders, corruption and the rising poverty in communities.
A year ago Botswana’s Minister of Wildlife and Tourism, Tshekedi Khama came under scrutiny for his undocumented “Shoot to Kill” policy on poachers which was reported as likely to spark diplomatic tensions with neighbours, especially Namibia where suspected poachers where shot and killed by the army.
Nonetheless in July this year at a donation ceremony where the Chinese Embassy was bequeathed over P17 million worth of anti-poaching equipment, Khama still maintained his robust stance that he would do anything it takes to protect the country’s wildlife resources and threats to security organs on patrol.
“Our position on what we do when we find poachers with weapons is to defend ourselves if our security forces are threatened and there is a lot of lip-service where people come and criticize the way Botswana is dealing with anti poaching yet they don’t assist in anti poaching initiatives,” he was quoted.
In the anti poaching strategy SADC points out to the fact that member countries are not adequately armed to successfully combat poaching syndicates. It raises that intelligence gathering to inform operations is the single most effective tool for law enforcement but requires more funding and capacitation where informants can be covertly well “incentivized” from all other parts of the law enforcement teams:   the strategy being not to infiltrate the poaching syndicates with security personnel but rather to offer bribes and inducements to solicit information.
“Rangers must be confident and disciplined. Well trained and operational and adequately equipped, rationed, mobile with radio communication. Patrols require adequate arms and ammunition capable of matching that of poachers,” reads a part of the report. As the country leading the aggressive stance on Wildlife poaching Botswana has an aggressive “shoot to kill” policy, which undermines basic human rights.
The five strategies seeks to arm to the teeth joint operation commands and sign a standard of operation procedure that can enable cross border pursuit of poachers and crime investigations by the first respondents.
The Secretariat states that it will develop work plans and budgets for implementation by Member States following the Ministerial approval of the strategy. The current policy, further fails to deal with the concerns of first people. The San people living in largely hunter gather communities have an intimate symbiotic relationship with the environment. The unsolicited use of force, as set out in the report will undoubtedly have further devastating impact on their already marginalized communities and their ability to survive on their ancestral land thereby creating an additional “justification” by governments for their forced relocation.

Judicial Interference?
In this war against “poaching” of wildlife, SADC seems to have taken off the gloves against the Judiciary, as its strategy on the enhancement of law enforcement calls for the “securing of convictions” and inclusion of mandatory minimum penalties for poaching in member states. The rationale for the introduction of minimum sentences being to send a message to “poachers” and to ensure that presiding judicial officers’ discretion has been removed. The policy does not appear to address the individual Constitutional differences of individual member states.
The introduction of mandatory minimum sentences is justified in the policy as “This removes the discretion of the courts to give light penalties,” states the report, citing that furthermore that “effective” magistrates and prosecutors, in ensuring convictions, determine the success of the policy.
The policy further seeks to promote for a vigorous training of magistrates’ in order to secure convictions. Such training would be coupled with a “monitoring and tracking of court cases to motivate judges and maintain a momentum of court proceedings”, in clear disregard to entrenched principles of judicial autonomy and independence.
A legal expert engaged critiqued the SADC strategy as seeking to promote judicial interference by its member states under the veil of combating the killing of wild animals.
He opined that while member states critiqued Khama’s stance on his Shoot to Kill policy, the proposed SADC LEAP strategy is no different as it seeks more ammunition and the power to interfere with court process. The monitoring and motivation of judges and magistrates goes “against the very tenets of an independent judiciary; In Botswana no institution has the power to monitor judges or magistrates other than the Administration of Justice and not even the Administration of Justice has the authority let alone the legality to “motivate” a judicial officer” he stated, adding further that “it is appalling that such a resolution would be adopted by SADC countries in certain violation of their national constitutions, though it is not unsurprising given the current impasse with the judiciary in Botswana currently and the executive seeking to enforce its oversight and control over judicial officers”.
He also highlighted that in part 5 of the LEAP strategy where it seeks to give senior wildlife management the authority, not only to discipline but to undermine employment laws, by hiring and dismissing employees without following the “strict labour laws that have been internationally recognised, the SADC resolution is an infringement on employee rights.”
However, SADC posits in its report that there are lacking legal provisions that are critical to enable direct involvement of communities and trained wildlife management to support the combat against poaching.
Another part of the strategy promotes legitimization of regional and international trade in natural resources products to achieve its sustainable use:  “Appropriate strategies need to be developed, implemented and reviewed regularly in order to reduce poverty and wildlife crime given the linkages between the two. For example, those countries with stockpiles of ivory and rhino horn and who may wish to legally trade in these products in the future need to ensure that the stockpiles are kept and managed in line with CITES Resolutions.”
It is at this juncture that SADC and Khama seem to harmonize on one thing and disagree about the other. They both agree that poaching should be eliminated and heavily armed operatives are a necessity. Botswana has taken a further position of promoting photographic tourism against commercialization of wildlife such as in the instances of captive breeding and hunting of the wild.
At a recent press conference that sought to sensitize against rhino poaching and its connection to the near extinction of vultures, insiders conveyed to this publication that Khama recently snubbed the SADC meeting over reasons that he disagreed with the position taken by other countries on how Botswana should manage its resources.
The SADC Ministers responsible for Environment and Natural Resources and the Ministerial Committee of the Organ on Politics, Defence and Security Cooperation should have taken a final position on the LEAP strategy ahead of the coming CITES COP17 summit in Johannesburg this September.
The report mentions that the draft strategy was developed and presented to the SADC Secretariat Steering Group for the Anti-Poaching Strategy in March 2015. Thereafter, it was presented to the Technical Committee on Wildlife in May 2015, which recommended validation of the strategy.  The strategy was validated by a workshop of the SADC Member States in August 2015. Thereafter, it was presented to and approved by the SADC Ministers responsible for Environment and Natural Resources at their meeting held in November 2015, in Gaborone, Botswana.
The illegal killing and trade in wildlife is a global problem which has seen in the last few years poaching of elephants and rhinos escalating and decimating their populations towards extinction in the long run, among others, because of an increased demand for wildlife products on the European and Asian black markets.
According to the Monitoring of Killing of Elephants (MIKE) the number of elephants killed in Africa is reported to be in the range of 14 000- 17 000 per year out of the population of approximately 650 000.
“SADC member states support the largest population in Africa totaling to 495 000, while rhino poaching has increased dramatically from 13 in 2007 to 1215 in 2014.”
The Minister of Wildlife and Tourism, Tshekedi Khama is quoted in the report stating that SADC’s commitment should be followed up by the implementation of the SADC Law Enforcement and Anti-Poaching Strategy. 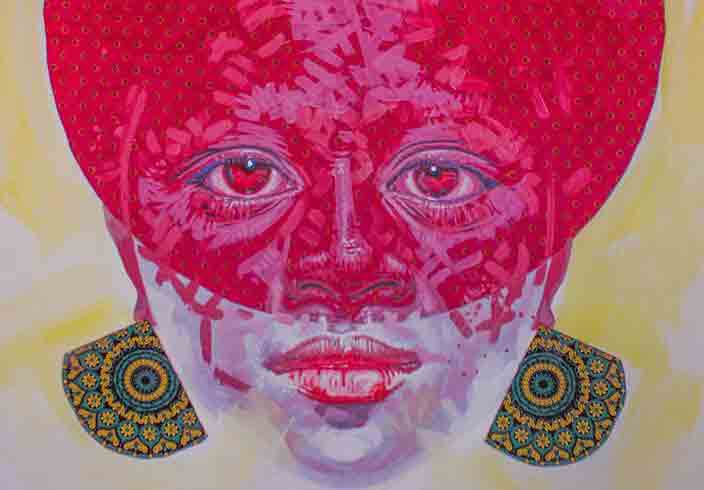