FC Satmos striker, Patrick Kaunda has attracted interest from South African and European-based clubs in recent months. The Zimbabwean striker’s contract is set to expire at the end of the season but Satmos is keen to retain his services.
Kaunda has been in a rich vein of form this season, he is the leading goal scorer in the beMobile Premier League with 19 goals so far. The striker has scored 48 per cent of his club’s 40 league goals so far.

His form has helped the Selibe Phikwe side to finish the league in the top eight, which means that they will participate in next season’s Mascom Top 8 competition. The club’s managing director, Mooketsi Mading told this publication that they are willing to extend Kaunda’s stay at the club despite interest from foreign clubs.

“Two South African clubs are in hot pursuit of Kaunda but we will fight to keep him. We are exploring the possibility of keeping him and we have already notified him of our intentions. He has shown an interest in staying, he is happy here,” Mading explained.

Mading revealed that before the striker joined Satmos, he was supposed to make a move abroad. He was heavily linked with an Austrian club last year. He ended up joining Satmos and signed a one-year contract, the contract had a mutual agreement that allowed the striker to move to an overseas club if an offer presented itself.

His agent, Moran Nthoiwa could organise an overseas move for the player if he and Satmos cannot agree to extend his contract. Mading stated that any possible transfer deals organised by the player’s agent would have to be given the green light by the club.

Satmos also revealed that they would rather see the player sign for a foreign team as opposed to a local club. BMC and Mochudi Centre Chiefs were both linked with the striker during the January transfer window. The interest prompted the side to set a P250, 000 price tag on him and this fended off interest from the local clubs.

The interested local clubs reportedly tried to convince Kaunda to leave Satmos with the promise of helping him find a faster route to the South African Premier Soccer League (PSL). The rival clubs had seemingly underestimated Satmos’ ability to export the player to a foreign league, the Selibe Phikwe club has defied the odds by qualifying for the top eight and silenced their doubters.
Kaunda is set to win the Green Boot award (top goal scorer accolade) for his 19 goal tally this season unless his closest rival, Bonolo Fraizer can score five goals in the last game of the season against Ecco City Greens. 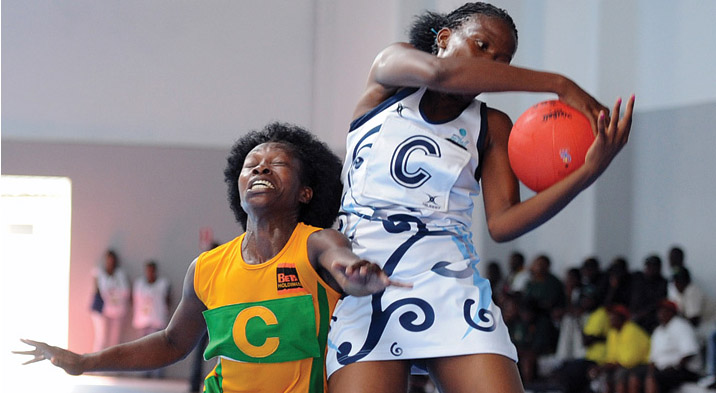